Gerry Bilton used to walk several kilometres a day to clear his head, but now he’s exhausted from walking to the grocery store next door.

He’s one of thousands of Manitobans suffering from another consequence of the COVID-19 pandemic: the cancellation of surgeries because hospitals are overwhelmed.

While Bilton waits, a tumour behind his left eye is pressing on his brain. It’s making his memory foggy and his walks strenuous.

“It’s not a cancerous tumour,” he said. “It just grows and it pushes on parts of your brain, it makes your right side [of your body] go wacky. It doesn’t want to work and also makes you pass out for no reason.”

He was supposed to go for surgery in September, but the procedure was bumped — and has since been bumped again three times, said Bilton, who lives in a 55-plus residence in Transcona.

Hospitals in Winnipeg are becoming strained by the surging number of COVID-19 patients.

“The ICUs are all full of COVID people, like my next-door neighbour here — she went in for an infected foot and she hasn’t been home in six weeks,” Bilton, 60, said. “She has COVID.” 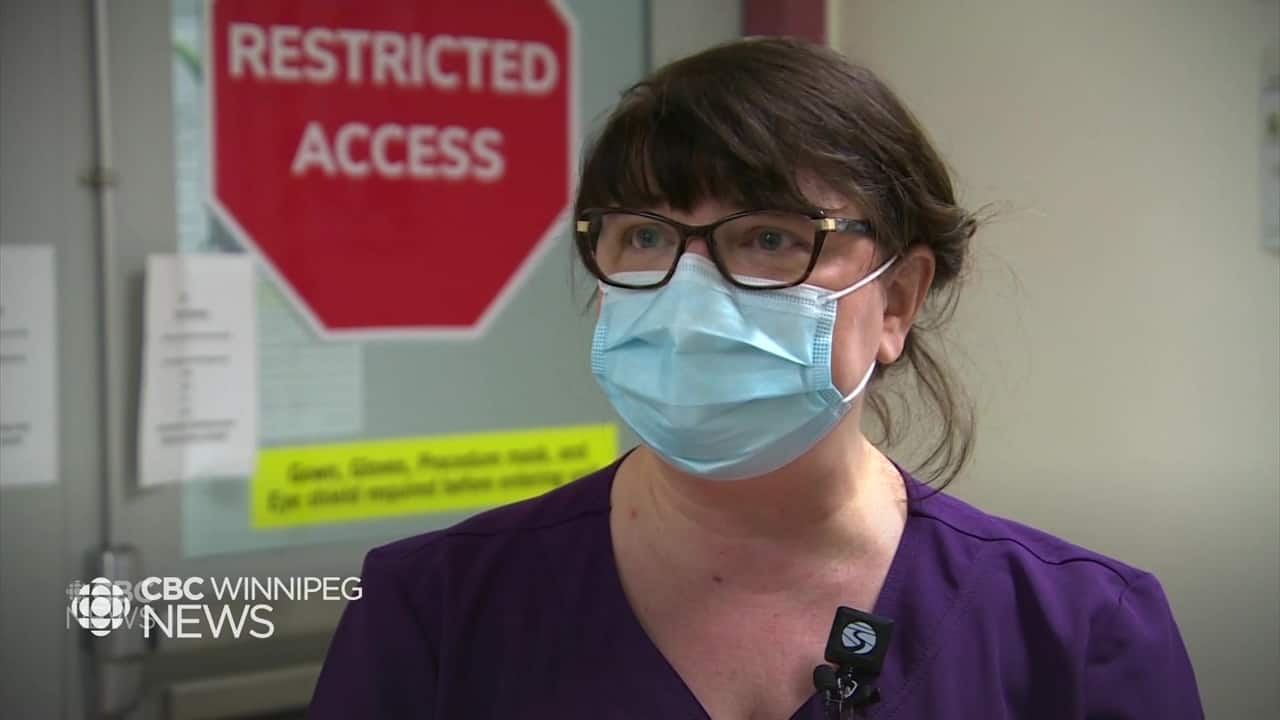 All non-urgent and elective surgeries were being cancelled provincewide by late October, but Bilton’s procedure at the Health Sciences Centre was deemed vital enough to be rescheduled.

Except this time, he cancelled.

“I said, look, I just don’t feel comfortable right now going in there because of what happened to my neighbour, and I don’t want to give it to my girlfriend, especially that.”

His medical team and his partner — a health-care aide — are trying to convince him otherwise, said Bilton, a retired musician.

“They’re concerned, they want to get me in and get it done. As do I,” he said. “But again, they understand the situation.”

Hospitals have endured numerous COVID-19 outbreaks. During a media tour of HSC earlier this month, Jennifer Cumpsty, the hospital’s acting chief nursing officer, said the surgery intensive care unit is a designated area where patients with COVID-19 are not admitted.

Bilton’s now scheduled for a procedure in early January.

The strain on the health-care system is costing people with no symptoms of COVID-19, he said.

“It’s frustrating, I’m not mad, I understand what’s going on,” he said. “But it would be nice just to get [the surgery] done and over with it.”

The province cancelled 5,300 surgeries during the first wave of the pandemic. Dr. Edward Buchel, head of surgery at HSC, suggested earlier this month that roughly the same number of procedures would be cancelled in this second wave of infections.

He said Manitobans shouldn’t forget about those people who need surgeries but aren’t getting them. It’s another reason public health officials are urging people to stay home.

“If you have a herniated disc, you’re having more pain, you’re taking more narcotics, you’re not going to work because you can’t lift. If you’ve torn out your shoulder, the same thing,” Buchel said during the media tour of HSC.

“Those are terrible things, but we cannot not keep people alive.”

To the best of his knowledge, none of these people are dying as they wait for surgeries classified as non-urgent.

“But to say that definitively, we have no way of knowing,” he said.

Joyce Hunt is facing a number of ailments at once. She’s on the waiting list for a hysterectomy and bariatric surgery.

In October, she was on the road to recovery. She underwent a pre-operative appointment for the hysterectomy and was expecting a call for an operation within a month.

“You build yourself up mentally to the idea that the surgery’s coming,” Hunt said. “You’re finally going to get over with that and you can move on with your life.”

But then her surgery was deemed non-urgent.

“It’s like a rug being pulled out from under you,” she said. “Suddenly, you don’t know if or when it’ll get done.”

She needs these operations to improve her quality of life and help her return to her work in construction.

“I feel sorry for anybody else who’s in my position, and quite a few are worse off than me.”

Meanwhile, Bilton’s symptoms from his “bruised brain” are worsening.

He jots down notes to jog his memory. Sometimes he forgets why he visited the grocery store, but his sense of humour is still intact.

“I got a roasted chicken, I came home and I realized I already had one in the fridge. Didn’t remember that,” he said. “I’m eating a lot of chicken these days.”