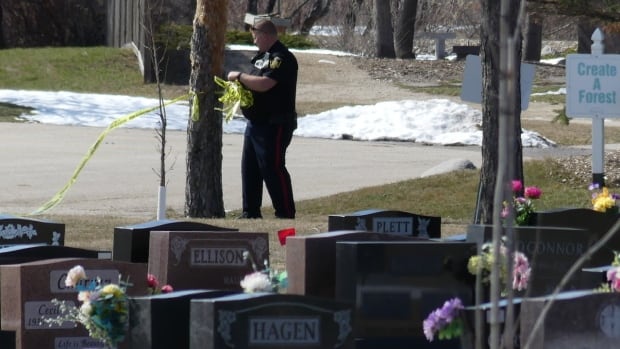 Winnipeg police are hoping dashcam video footage will help them solve a homicide after a man was shot at a cemetery in the Fort Garry neighbourhood on Friday evening and later died.

Officers were called to the Thomson In The Park Funeral Home and Cemetery on McGillivray Boulevard at about 5:10 p.m., police said in a release on Sunday.

A man identified as 21-year-old Hayder Hassan was found shot and taken to hospital.

He later died of his injuries.

Anyone who may have been driving on McGillivray Boulevard between 5:00 and 5:30 p.m. on Friday and has dashcam video is asked to contact the Homicide Unit at 204-986-6508.