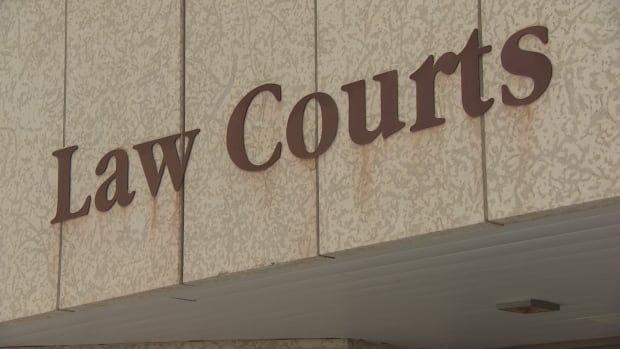 A veteran photojournalist faced tough questions from a Winnipeg police officer’s lawyer during a public hearing Wednesday, as the lawyer tried to cast doubt on the merits of the photographer’s complaints of misconduct.

Chris Procaylo, a photographer with the Winnipeg Sun, was cross-examined by lawyer Josh Weinstein on the second day of the hearing before a provincial court judge.

Procaylo alleges the police officer Weinstein represents seized his camera without cause while he was working at a crime scene in Winnipeg’s North End in late 2017.

The officer also attempted to head-butt him and swore at him, Procaylo alleges.

He filed a complaint with the Law Enforcement Review Agency, alleging that the officer committed three acts of disciplinary default during their interaction: abuse of authority by conducting an unreasonable seizure, using oppressive or abusive conduct or language, and being discourteous.

LERA is the sole public body that investigates complaints from members of the public about officer misconduct in Manitoba.

CBC News cannot name the officer because of a provision in the legislation governing LERA, which prevents the publication of the name until the judge has made a decision in the matter.

A public hearing only takes place after the commissioner of the agency reviews the complaint and refers it to a hearing to determine its merits.

The five-day hearing for Procaylo’s matter is the first public hearing stemming from a LERA complaint in five years.

Procaylo testified on Tuesday that he went to a location on Main Street on Dec. 2, 2017, after receiving a tip that there was a “ruckus” and someone with a weapon.

When he arrived, he said he saw police subduing a man inside a store.

Weinstein spent the morning and afternoon questioning Procaylo’s version of events, pointing to several details the photographer referred to while testifying under oath on Tuesday that were not part of his original complaint.

That includes Procaylo’s allegation the officer told him to move, swore at him and told him that police didn’t need the photojournalist “taking pictures and distorting” things.

That wasn’t included in his original complaint or affidavit, Weinstein noted.

“That statement to LERA is given 18 days after the incident and your memory would have been fresher at the time … than it would be today,” Weinstein said.

Procaylo responded that since he was new to the LERA process he wasn’t aware that “every single syllable had to be included.”

“I participated in the process as I could,” he said.

Weinstein suggested that Procaylo didn’t tell police he was media until after the camera had been seized and after being questioned for 10 minutes — something Procaylo vehemently denied.

“I always identify myself as media,” Procaylo told the court.

Security footage from the scene that was played in court showed officers and an unidentified man.

The man appears to having some sort of medical emergency and an officer is seen trying to resuscitate him. Procaylo is seen briefly in the video, which shows him near the scene as police and first responders arrive.

That was when the officer told Procaylo to leave the scene⁠ — which Weinstein alleges Procaylo did not do right away as he had previously testified, pointing to 10 seconds of footage where his foot can be seen in the frame.

“I never disobeyed any instructions at anytime,” Procaylo responded.

His lawyer, Nicole Watson, told the court Tuesday the hearing isn’t just about the conduct of the police officer, but also “raises the larger concern of improper interference with freedom of the press.”

The hearing, which began Tuesday, is scheduled for five days.

The officer accused of misconduct is expected to testify on Thursday.