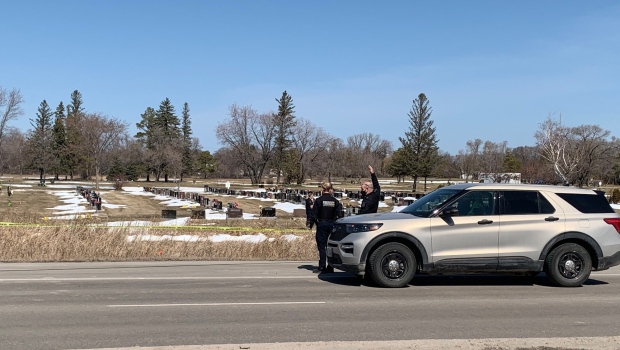 WINNIPEG — Police are investigating a Friday evening homicide that occurred in the Garry Memorial Park / Thompson in the Park Cemetery.

In a release, the Winnipeg Police Service said they were called to the area about 5:15 p.m. on Friday after receiving reports of shots being fired in the cemetery, located in the 1200 block of McGillivray Boulevard.

Police said one male, 21-year-old Hayder Hassan of Winnipeg, was shot and taken to hospital where he died from his injuries.

Images taken from the scene Saturday showed multiple investigators at the cemetery with what appeared to be a police forensics vehicle.