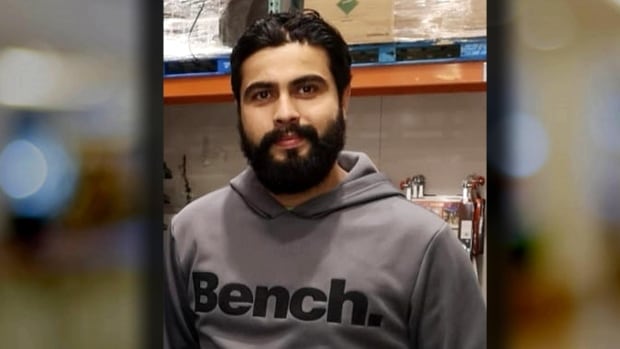 The family of a missing 31-year-old man is canvassing the area where he was last seen in search of any leads as to where he is now.

Amninder Grewal was last seen in the city’s North End around 6:30 p.m. on April 15, Winnipeg police said in a Wednesday news release.

“This isn’t something usual that he’d do. He has never left home, he has never been away from home for such an extended period of time,” said his sister-in-law Manpreet Grewal.

Amninder told his mother on April 15 that he was going to Kildonan Place mall on Regent Avenue to pay a cellphone bill. From there, he called a taxi and was dropped off in Winnipeg’s North End, a cab driver told the family.

His family didn’t immediately realize he was missing. Grewal lives in the East Kildonan area with his father, who thought he went to his brother’s for the weekend. His brother, meanwhile, thought Grewal was with his father.

The family discovered he was missing Monday, when one of his co-workers called to say he hadn’t shown up to work for a couple of days, Manpreet Grewal said.

The family has tried calling his cellphone but there has been no answer, she said.

Amninder is “very quiet and private,” and to the family’s knowledge, he hasn’t been diagnosed with any mental illness, Manpreet said.

After a Facebook post by the family, the cab driver — the last person to see Grewal — responded, saying he dropped him off at Selkirk Avenue and Main Street around 8:30 p.m. on April 15, she said.

The family has searched around Point Douglas and put up flyers around Selkirk and Main.

“The fact we hadn’t known he was missing until his workers called to let us know he hadn’t been to work, we feel like we’re really behind in trying to find him, so it’s stressful.”

Grewal is five feet 11 inches tall and thin, weighing weighing about 165 pounds. He has short black hair and a full beard.

He was last seen wearing blue jeans and a hoodie, police say.

Anyone with information about Grewal’s whereabouts is asked to call the Winnipeg Police Service’s missing persons unit at 204-986-6250.