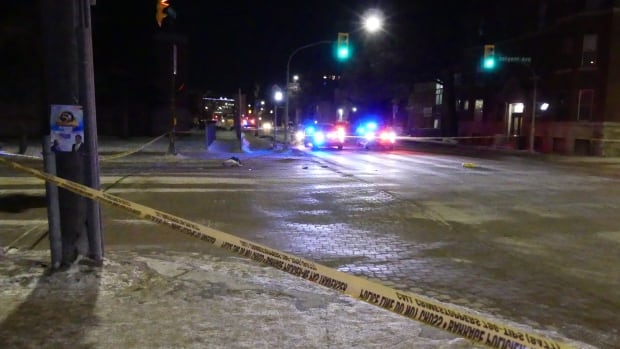 Winnipeg police have a West End intersection blocked off in all directions following a motor vehicle collision involving a pedestrian.

At about 8:50 p.m. police tweeted to avoid the intersection of Balmoral Street and Sargent Avenue.

A pile of clothing could be seen in the street while a police officer placed evidence markers on the ground.

A police officer on the scene said a pedestrian was hit by a car.

CBC News has reached out to the City of Winnipeg for more information and has been unable to get through to the police’s duty office, which fields calls from the media after business hours.

The status of the pedestrian isn’t known, nor if there are any other injuries.