A Winnipeg man is without a home after blood started dripping from his ceiling.

Adam Hockett was getting ready to go to work Saturday evening when he went to use the bathroom and found the scene.

He called 911 and the building’s caretaker, who then found the deceased body of his upstairs neighbour.

Winnipeg police told CTV News the death is non-criminal, and the body was removed from the suite later that evening.

FINDING A PLACE TO STAY

According to Hockett, the caretaker contacted his supervisor at Sussex Realty, the company in charge of the building, and described the situation.

Hockett reached out to the supervisor himself to see if he could stay somewhere else due to the biohazard risk and the smell.

He told CTV News that he had experienced traumatic events in the past while working in the American military. He said this event is bringing up previous trauma. 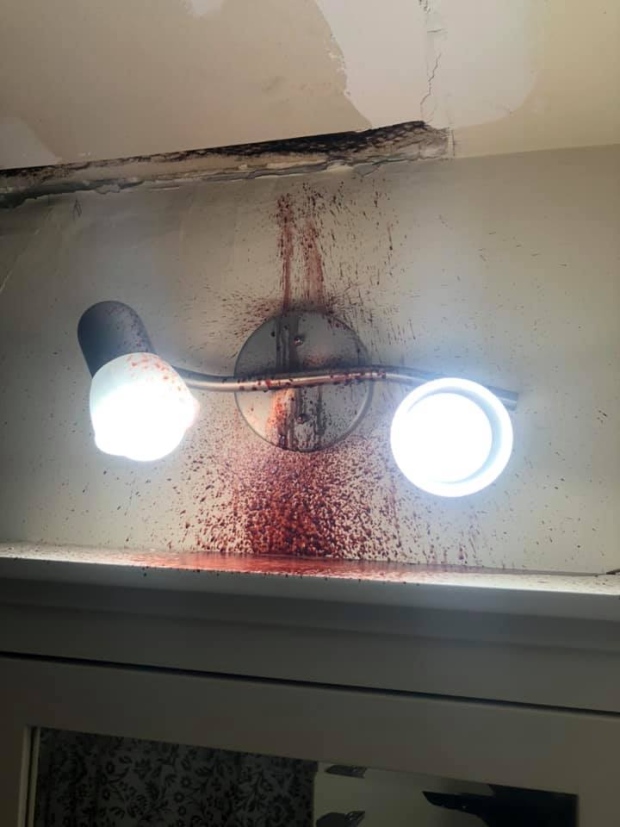 Hockett said he felt unheard with the Sussex employee and took to social media with his complaints. The post gained a lot of attention online, with over almost 5,000 people sharing it.

“As for the complaints on social media, the initial report was received on Saturday evening, and a professional cleaning company was dispatched on Sunday morning,” a spokesperson for Sussex Realty said in a statement to CTV News.

“The premises have been professionally cleaned. We have had several discussions with the resident and are working towards resolving all of his concerns,”

Hockett said the company will let him out of his contract and is working on a resolution. Now he is looking for a new apartment and said he wants to put the event behind him.

He is calling on Sussex Reality to review its customer service policy and to create a plan for when something like this happens again.

“It’s easy for me to go couch-surfing, kind of what I’m doing for the next week while I find a new place,” he said.

“What if it’s someone who is an older population? If it was my grandma or grandpa, they’re not going to be able to up and go.”

Hockett said he is thankful for the support he has received.

“The amount of people who offered me a place to stay, it’s going to take two weeks for me to respond to everyone,” said Hockett.

He said the real tragedy is his upstairs neighbour’s death and is reminding people to check on their loved ones more often.

-With files from CTV’s Jeremie Charron