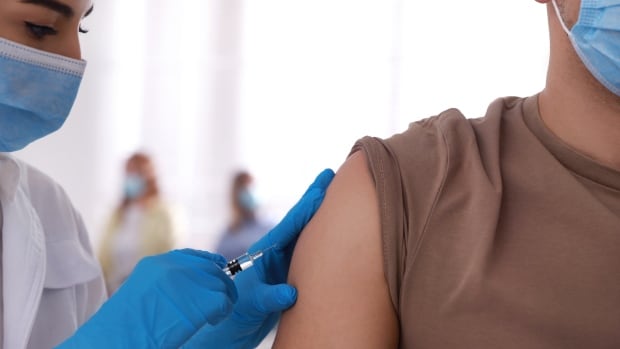 Manitoba will open five vaccination clinics in four cities across the province, aiming to provide vaccines for Indigenous people living in urban centres and people experiencing homelessness or living in precarious housing.

One of the Winnipeg locations — at the Aboriginal Health and Wellness Centre on Higgins Avenue — is set to open on April 29.

As a facility that offers a wide range of services to homeless and Indigenous people living in the inner city, including housing supports and primary care, the centre is familiar and accessible to community members, says executive director Della Herrera.

The Aboriginal Health and Wellness Centre helped establish the COVID-19 testing site at Thunderbird House, so serving as an immunization site feels like a natural  next step, Herrera said.

“We’ve been in operations for about 30 years. People have accessed our building for different wraparound services … so we’ve got a lot of support here.”

Each of the sites will be staffed with elders and traditional knowledge keepers, the provincial government said in a news release. Traditional ceremonies, including smudging, may be offered.

“That’s our way as Indigenous people to heal,” said Herrera. “It also represents who we are. And we’re providing all that space so people can feel comfortable and know that this is a safe space for them to come to.”

Making people feel comfortable will be important to building trust and overcoming any hesitancy people might feel about getting the vaccine, Herrera said.

“There’s a lot of hesitancy around being vaccinated, right? I mean, you hear about it, you see it all around, that people are hesitant,” she said.

“We have staff here to walk you through it. Ask the question. We’ll be able to support you through it to make you feel comfortable so that you do get the vaccine.”

The COVID-19 pandemic has had a disproportionate impact on Indigenous people in Manitoba. First Nations people make up roughly half of the current active cases in the province, despite accounting for just over 10 per cent of the population.

Manitoba currently has 1,658 cases listed as active. On April 29, the Manitoba First Nations COVID-19 Response Team reported there were 858 active cases among First Nations people, including 198 off-reserve. Those numbers don’t include people who identify as Métis or Inuit.

In addition to the Higgins Avenue site, the four others will be in:

The sites will be stocked with Moderna vaccines.

A spokesperson for the provincial government said there are no estimates right now of how many people are expected to get vaccinated at the sites. Herrera said the Aboriginal Health and Wellness Centre will be prepared to vaccinate up to 150 people per day.

Around 20 per cent of the immunizations at the sites will be done on a walk-in basis, with the rest by scheduled appointments. Given the fact that the Aboriginal Health and Wellness Centre is located close to the city’s three largest homeless shelters, Herrera expects a higher proportion of walk-ins.

People visiting the sites will also receive a comfort kit that includes food and over-the-counter pain medication, the province said.

Mobile immunization teams are also preparing to visit shelters across the province. Those sites will be scheduled as soon as possible, and anyone over the age of 18 who is experiencing homelessness will be eligible, the province said.

Since many people who are homeless may not have identification, the sites will not require people to provide documents like a Manitoba Health card or proof of address.

Appointments can be made starting the week of April 26. There is no time frame as to length of operation of these clinics, a provincial spokesperson said.