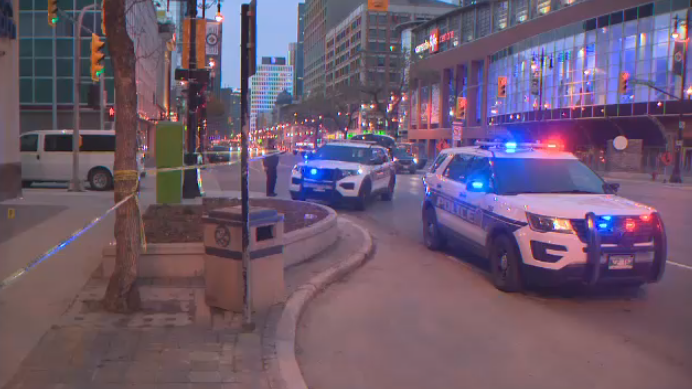 The Winnipeg Police Service is searching for two suspects after a stabbing downtown Saturday night.

Police said officers were called to an incident at Portage Avenue and Hargrave Street around 8 p.m.

Two people were found at the scene – a man and a woman – and they were taken to hospital in unstable condition. Police said they were later upgraded to stable.

Investigators said two suspects are still wanted in the incident.

The major crimes unit is investigating.