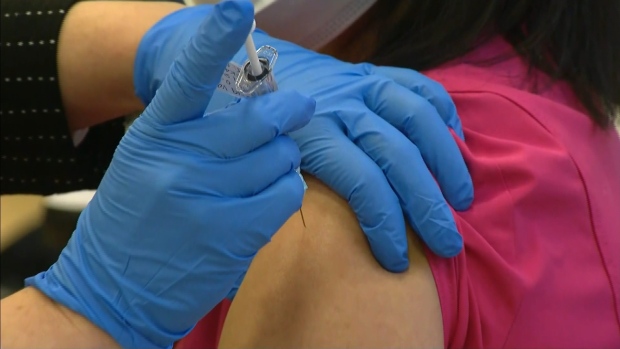 WINNIPEG — Provincial health officials announced that Manitobans will have more access to the COVID-19 vaccine in the coming weeks as two new super sites are set to open.

On Wednesday, officials said during a vaccine technical briefing that the plan is to open sites in Selkirk and Morden/Winkler.

Each site would be the first for its specific health region.

“We are currently (planning for) the opening (during) the first week of March,” said Johanu Botha, who is the co-lead of the Vaccine Implementation Task Force. “Not just a capacity piece, but very likely an actual opening with vaccine available.”

He said these areas were chosen because they meet the criteria for the super site selection process, which includes population density and how many people can access the site. The site must also be able to serve as a distribution hub for its health region, as well as have the ability to hold fridges and freezers, available space to allow for social distancing, separate entrances and exits, parking or access to transit and telecommunications access.

“This is the criteria we needed to use now,” Botha said. “We are very aware that there are residents across Manitoba that (are) not as close to these super sites that will need convenient access to vaccines, they will have that. We are planning to get up to 13 super sites across the province.”

The exact locations of the sites will be announced within the next week, Botha said.

When the sites officially open, there will be a super site in every health region joining Winnipeg, Brandon, Thompson and Vaxport.

With all of these sites soon to be in place, officials said the goal for the second quarter is to have 24/7 distribution of the vaccine throughout the province through these locations.

Officials also announced that focused immunization teams are heading to personal care homes this week to administer the second dose of the vaccine to the residents.

This will see around 3,600 second doses.

The goal is to have all residents completely vaccinated by the end of February.

These teams will also start to make their way to congregate living facilities throughout the province starting on Feb. 19.

There are approximately 1,400 congregate living facilities in Manitoba which have around 22,782 residents.

The facilities that are classified as high risk will be the first areas that are visited and those include hospitals, supportive housing and assisted living sites.

Prisons also fall under the congregate living list, but officials said they are considered moderate risk.

Vaccines will only be giving to residents of these facilities but the criteria for staff who work at the locations will slowly be expanded and they will be able to book an appointment at vaccine facilities.

To date, Manitoba, along with the rest of the country, continues to see a shortage in shipments of the vaccine.

Despite that, Manitoba continues to be second in the country in people who are fully immunized with 1,536.

At the super sites, the Winnipeg location has administered just under 31,000 doses and are currently averaging 737 a day.

Officials do expect to see an increase in the number of shipments that comes into the province in the coming days and weeks.

Officials said they have a clear picture of the vaccine shipments until the end of March, but after that, they are still waiting for more information from the federal government.