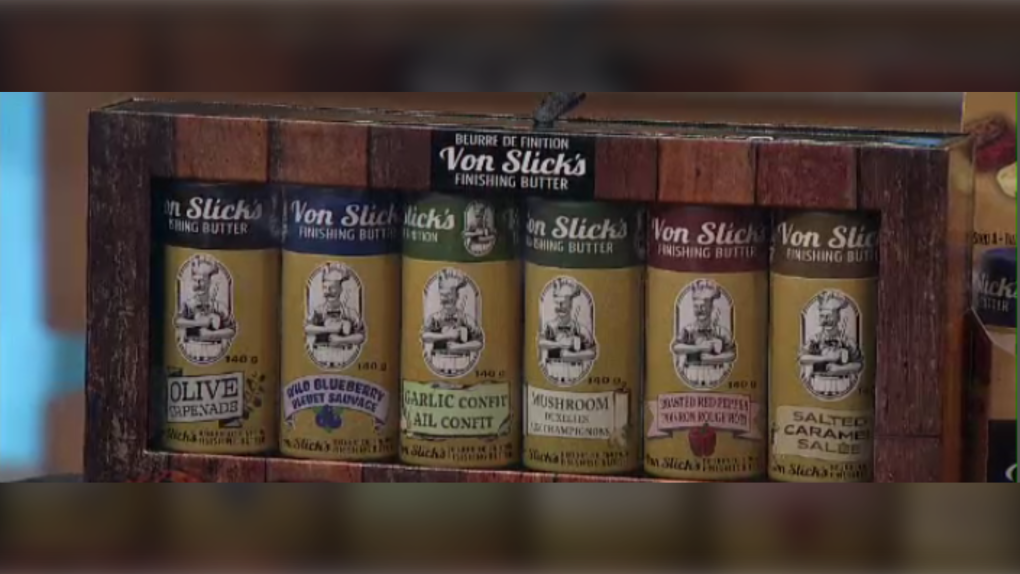 One Manitoba-made food product is competing against some big names as a finalist in a national contest.

“Normally a lot of the companies we’re up against are Kraft, Heinz, Metro, Safeway, so some big players,” said Landon Kroeker, co-founder of Von Slick’s, in an interview on Tuesday.

“We’re very honoured to be in the same conversation right now. It’s a little bit of a dream come true.”

Robert Sengotta, Von Slick’s co-founder, explained that their product is a flavoured butter that comes in a variety of flavours.

“We take real butter. We take real food. We blend them together and make six different flavours,” he said.

“So it’s super easy to flavour anything. You just throw it on top, let it melt in, enjoy life.”

Kroeker and Sengotta are heading to Toronto later on Tuesday for the competition, with the actual event taking place on Wednesday.

“We’re already a finalist. We’re going there to see if we’re able to take home some hardware,” Kroeker said.

– With files from CTV’s Nicole Dube.