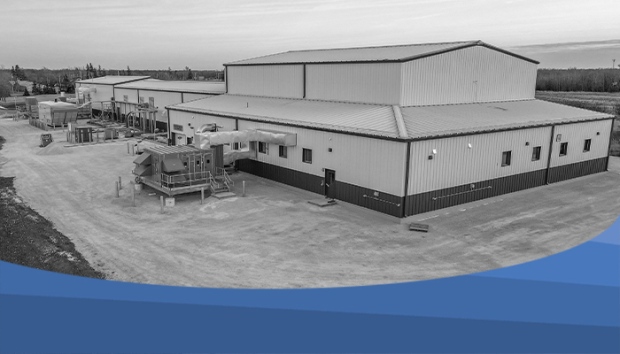 WINNIPEG — Selkirk is set to open its new state-of-the-art wastewater treatment plant next year after almost three years of construction, the city announced this week.

The new plant, which the City of Selkirk is building behind the current one constructed in 1976, is slated to stay on track of its initial $39.5M budget although construction is running slightly behind schedule.

“The kind of unique design of the plant is that while we designed it for a larger population, we’ve only built it for what we need today and into the next 20 years,” said Nicol.

Plans for the new plant started taking shape after Manitoba issued new regulations in January of 2017 that required effluent (treated wastewater) to contain no more than 1 mg/L of phosphorus and 15 mg/L of nitrogen.

At the time, the City of Selkirk determined that renovating the current plant wouldn’t be cost-effective, opting instead—with the help of an independent, third-party engineering firm—to construct a new one that uses a membrane-bioreactor treatment process.

This technology ensures a high quality of effluent, which offers greater environmental protection for the Red River and Lake Winnipeg by reducing toxic algae blooms in the water.

The new plant has also been designed to be fossil fuel-free from day one, using electric heating and recovered waste heat from the wastewater, with plans to use solar energy in the future.

“The city’s new wastewater treatment plant has been designed to meet our needs today as well as into the future,” said Nicol in a news release. “Selkirk’s population could more than double, and the new plant could handle it. Our vision is to be a regional service provider, and we’re prepared for that as well.”

Nicol also said the city designed the plant to be easily expandable at a minimal cost.

“We have designed other features into the plan for even more capacity expansion beyond that, should we need it over the expected 50-year life of this facility. Which means we have the capacity to grow without having to burden the ratepayers of today with the maintenance costs of infrastructure we don’t currently need,” he said.

The new plant, funded equally by all three levels of government, will run concurrently with the old one for a couple of months until the new operation is ironed out, said Nicol in a phone interview.

He said around mid-2021, the City of Selkirk plans on releasing an expression of interest document to see if there are interested parties looking to use the current facility.