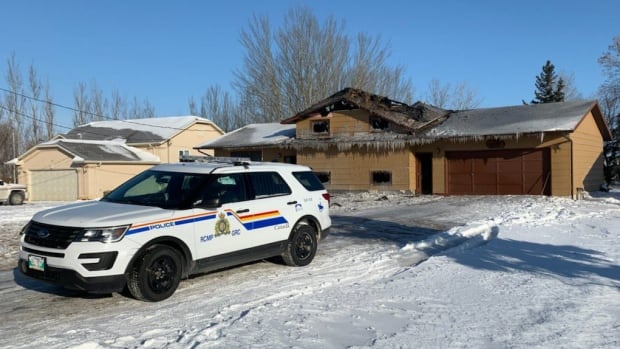 Two 65-year-olds are dead after a fire at their Sanford, Man., home on Wednesday night, RCMP say.

Mounties responded to a report of a structure fire in the community, about 30 kilometres southwest of Winnipeg, around 11 p.m., police said in a Thursday news release.

RCMP spokesperson Sgt. Paul Manaigre said an off-duty firefighter made that call after seeing smoke coming from the house on River Crescent.

Once crews put out the blaze, firefighters went into the house and found a man and a woman dead, Manaigre said. RCMP believe the couple were the homeowners and lived alone, he said.

“I can imagine for any emergency responder at this time of year, any call for service can always be kind of tragic. You never know the extent of what you’re responding to until you arrive,” Manaigre said.

“It’s always a tough time, no matter what time of year. But obviously the day before, a couple of days before Christmas, it’s definitely tragic for everyone, [including] the families involved. You hate to see that.”

Stonewall/Headingley RCMP and the fire commissioner’s officers are investigating what caused the fire, though Manaigre said there’s no indication of any suspicious activity.