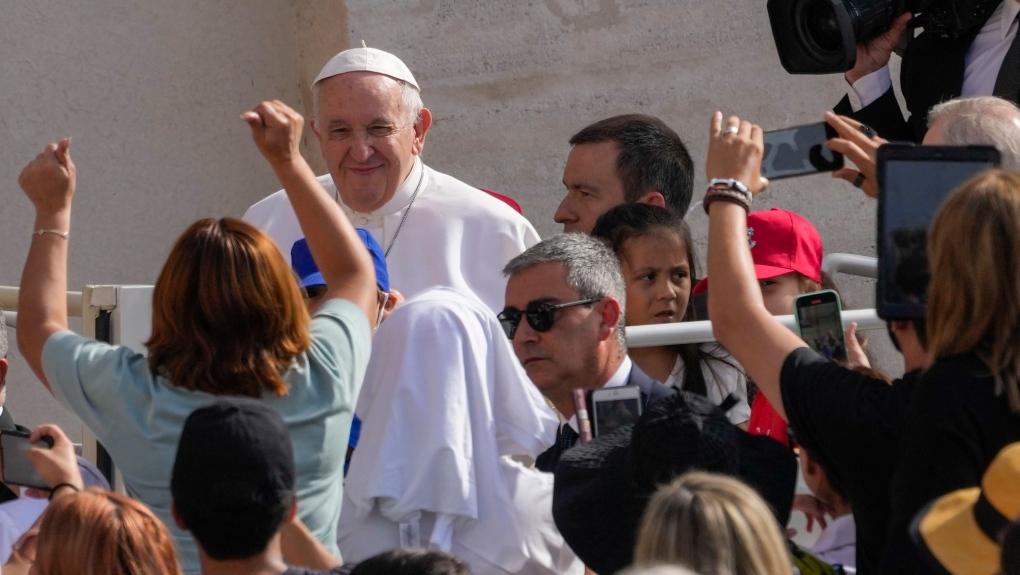 The Archdiocese of Saint Boniface is offering to take residential school survivors and representatives from First Nation communities in Manitoba to Alberta for the Pope’s visit this summer.

The travel and accommodations will be paid for by the Archdiocese of Saint Boniface, which will be using a bus to take about 50 residential school survivors or their family members living in these communities to see the Pope during his stop in Alberta.

“I plan to be on that bus with them. I mean that’s part of the being together,” LeGatt said. “So much of this reconciliation is about establishing relationships, listening to the truths of each person’s experience, each person’s life.”

Pope Francis is set to arrive in Edmonton on July 24 and will join survivors at the Ermineskin Indian Residential School in the community of Maskwacis during his time in Alberta.

He will be making stops in Quebec City on July 27, where he plans to meet Prime Minister Justin Trudeau and Gov. Gen. Mary Simon. Pope Francis will end his Canadian visit in Iqaluit on July 29 where he will have a private meeting with residential school survivors.

During his time in Canada, the Pope is expected to apologize for the Roman Catholic Church’s role in residential schools.

“The Pope’s coming will be a very important moment for going forward. (It will be) both an expression of his heart and his mind of what he’s heard to the Indigenous people, but also a real encouragement to the Catholic Church in Canada,” LeGatt said. “Hopefully it will be fruitful for all involved.”

LeGatt said following the trip, he hopes to continue developing relationships between Indigenous people in Manitoba and the Roman Catholic Church. He said this includes sharing information and records with communities that will aid in the search for unmarked graves at former residential school sites.

“I think that helps reconciliation to go forward step by step,” he said.

The Southern Chiefs’ Organization told CTV News it is working to confirm who will be attending the Pope’s visit now that it has been confirmed. The Manitoba Métis Federation said it is bringing a delegation of Elders, survivors and knowledge keepers to meet the Pope. Manitoba Keewatinowi Okimakanak said it is having ongoing discussions regarding the Pope’s visit.

CTV News has also reached out to the Assembly of Manitoba Chiefs, but has not received a response yet.