A 37-year-old man has been charged with arson following a fire on the porch of a home in Camperville, Man. last week.

RCMP in Winnipegosis were called to a house fire on May 21 at approximately 2:45 a.m. on Spruce Bluff Road in Camperville. The home was fully engulfed in flames when RCMP arrived and the fire department was working to extinguish the fire.

Nobody was at home at the time of the fire, and the cause is still under investigation.

Approximately one hour later, RCMP said the investigation led them to check out a home on Gospel Bay in Camperville. When officers went to the home, the front porch was on fire. RCMP woke up the occupants of the home and helped them extinguish the fire. No injuries were reported. 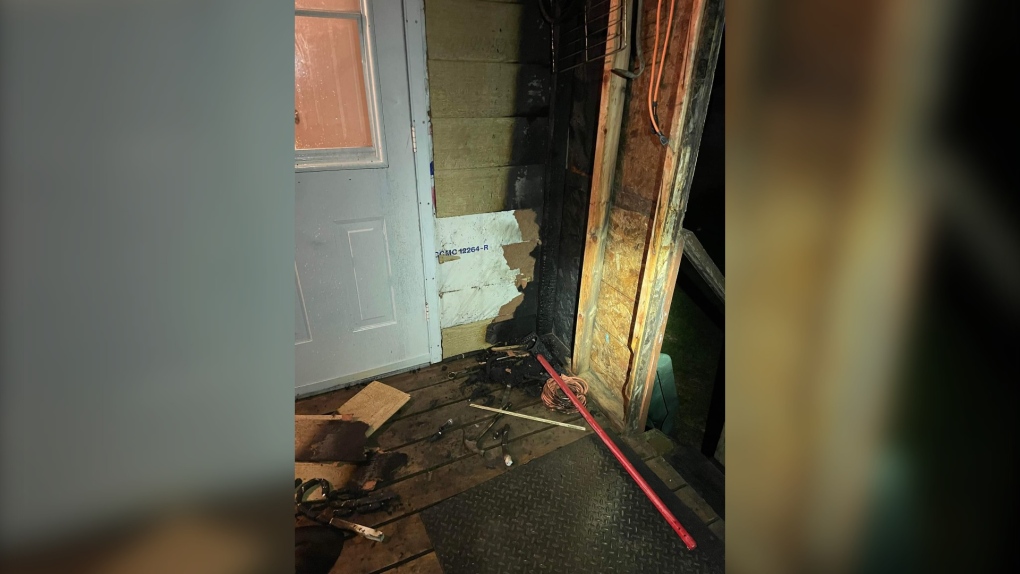 The remnants of a porch fire in Camperville, Man. on May 21, 2022. Nobody was injured in the fire. (RCMP Handout)

RCMP said they identified a suspect in the second fire, and arrested a man a short distance from the scene.

Matthew Flamand of Camperville has been charged with one count of arson with disregard for human life. He was taken into custody. The charge has not been proven in court.