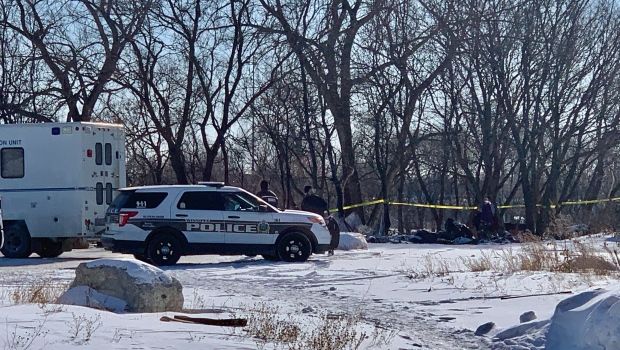 WINNIPEG — One person has died after a blaze engulfed a temporary encampment in Winnipeg.

The Winnipeg Fire Paramedic Service was called for reports of an explosion and fire at an encampment in the first 100 block of Higgins Avenue.

“Upon arrival on (the) scene, crews found a temporary structure engulfed in smoke and flames,” the City of Winnipeg said in a statement.

The city said it is believed the explosions were caused by aerosols igniting, but the cause of the fire is being investigated.

One person was found dead after emergency crews extinguished the fire. No other injuries were reported.