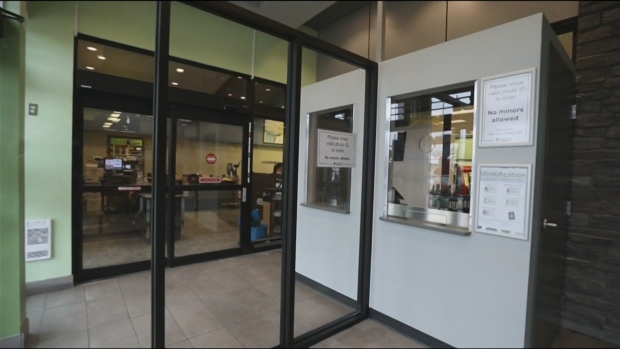 According to data from Manitoba Liquor and Lotteries (MBLL) provided Thursday afternoon, thefts have dropped from over 400 in one week in August 2019, to less than 12 in each of the last four weeks.

“Even with some Liquor Marts still in the queue to be converted, the results have been nothing short of staggering,” said Manny Atwal, President & CEO of MBLL, in an emailed statement to CTV News.

According to the data provided by MBLL:

MBLL began installing controlled entrances at stores across Winnipeg following a spike in thefts and robberies at the stores over the past two years. A violent robbery last November, that saw three Liquor Mart employees attacked, caused the Crown corporation to take action.

“That terrible event expedited our plans to take a more aggressive action on the timeline, and return Liquor Marts to a safe environment for our employees and our customers,” Atwal said.

Under the new controlled entrances, customers have their photo identification scanned to check their name and birth date before they can fully enter a Liquor Mart.

Winnipeg Police said they’ve noticed the drop in reported thefts, which they attribute to the controlled entrances and other security measures.

However, Adrien Sala, the NDP’s critic for Manitoba Liquor and Lotteries, has concerns about the measures.

Sala is also concerned about the privacy implications of the new measures.

“Where is that information stored once it is scanned?” he asked.

Atwal said nobody at the liquor stores have access to the scanned information or data, and added the data is purged every night, unless there was a specific incident.

MBLL didn’t say how many locations in Winnipeg are without a controlled entrance, but said all of the entrances should be installed by the end of June.