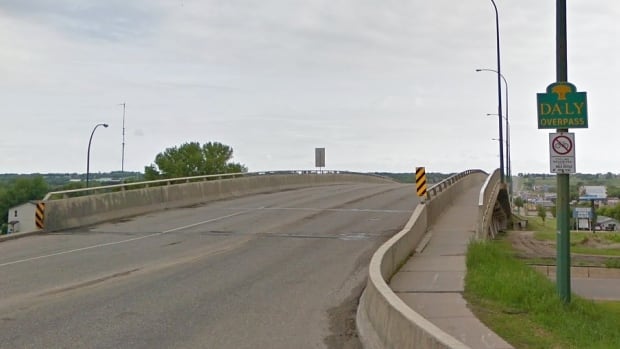 Brandon is finally getting its new bridge.

Work will soon begin around the Daly Overpass in order to make way for a new $65-million four-lane span, which will include a separate pedestrian and active transportation bridge alongside it.

The promise to replace the aging Highway 10 bridge over the CP Rail tracks was first made in the 2013 throne speech by what was then an NDP provincial government, then repeated two years later.

The current three-lane structure was built more than 50 years ago.

“Due to the growth in the region and the importance of PTH 10 as a major route, the current Daly Overpass has created an undesirable bottleneck system for motorists and pedestrians,” Infrastructure Minister Ron Schuler stated in a news release on Friday morning.

The design will also include new on- and off-ramps to connect 18th Street with Pacific Avenue, new pathways and sidewalk and pavement upgrades, he said.

Preparatory work will begin this month with some demolition to start in December, including the Kullberg’s building. The provincial government hopes the old bridge can be used as much as possible while the new one is being built, the construction plan says.

Construction of the new bridge should be complete in October 2023, the province said.