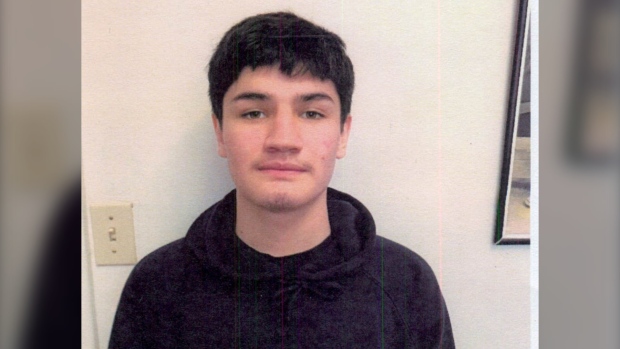 WINNIPEG — RCMP are searching for a missing 17-year-old boy last seen in Winnipeg who is believed to be in Thompson.

Mounties said a missing persons report was filed with the Thompson RCMP on Nov. 16 for 17-year-old William Chastelaine who had been missing for more than a week.

The teen, originally from Thompson, was last seen on November 8 in Winnipeg.

RCMP describe him as five-foot-seven, weighing about 140 pounds, with short black hair and hazel eyes. RCMP said William is believed to be in the Thompson area.

Anyone with information about William’s whereabouts is asked to call Thompson RCMP at 204-677-6911, or call Crime Stoppers anonymously at 1-800-222-8477. People can also submit tips securely online.