Matt Dunstone’s curling team continued to parlay the generosity of a Saskatchewan small town into its strong start at the Canadian men’s championship.

Dunstone’s foursome downed Quebec 9-6 on Tuesday for a third straight win. Saskatchewan was 4-1 in Pool B at the Tim Hortons Brier.

The COVID-19 pandemic decimating the competitive curling season and closing off ice time in certain regions of the country meant none of the 18 participating teams were in peak form upon arrival in Calgary.

Dunstone’s home club in Regina closed due to restrictions, a curling club in Wadena, population 1,300, offered itself up as an exclusive training base to the team.

Dunstone, vice Braeden Moskowy and front end Kirk Muyres and Dustin Kidby had the run of the Wadena Curling Club for two weeks before the Brier.

“We had two straight weeks of dialing in pretty much exactly how we wanted to throw the stone,” Dunstone said Tuesday.

“Huge advantage to us to be able to spend that amount of time doing exactly that. Not a whole lot of rust coming into this. We felt pretty confident in how we were throwing the rock.” 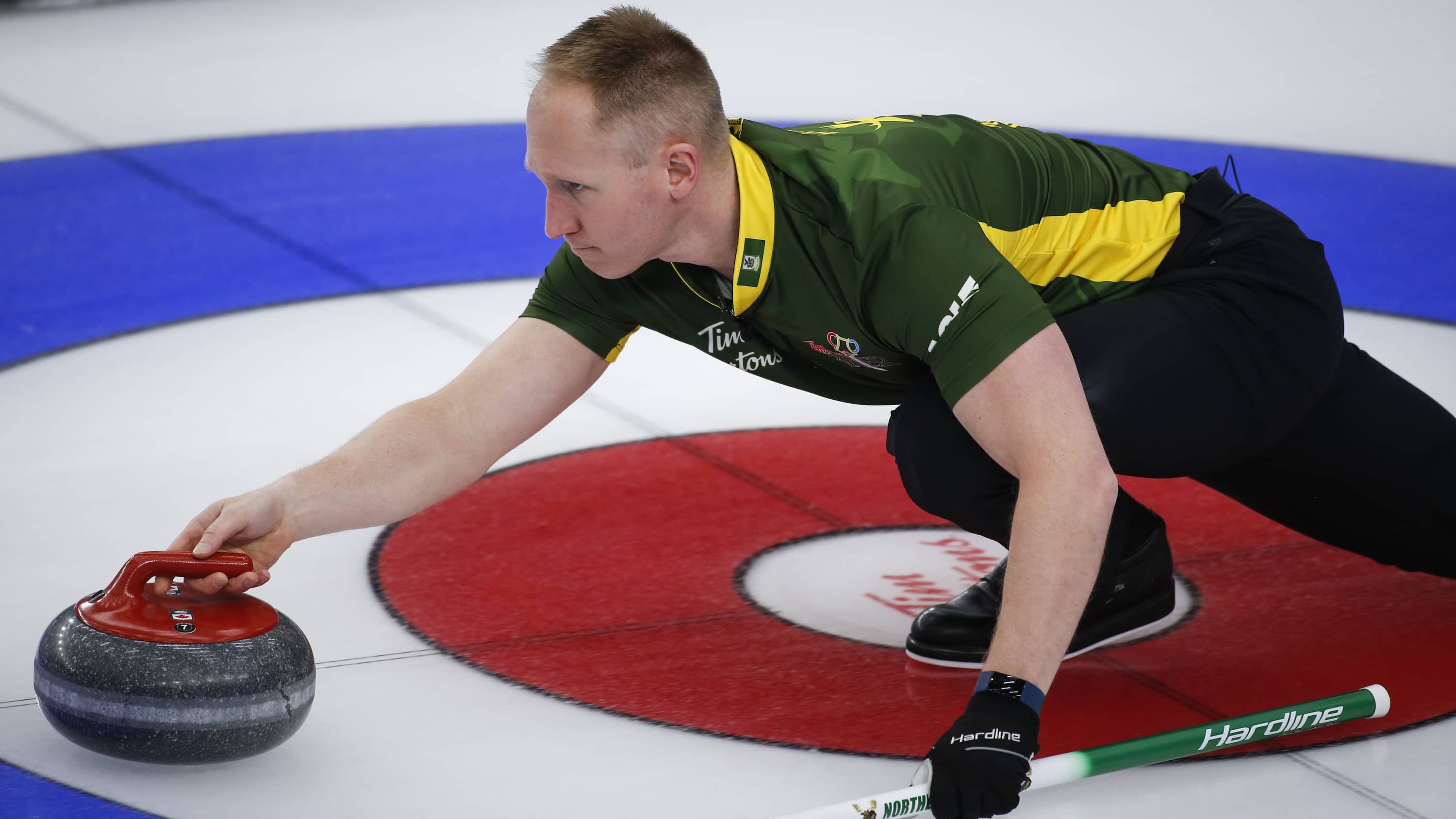 The 2014 Olympic gold medallist is learning from the loss and just appreciating the opportunity to play amidst a pandemic. 48:22

Ontario’s John Epping also won Tuesday to join Saskatchewan at 4-1 behind Kevin Koe’s Wild Card Two, which enjoyed a day off from the ice atop Pool B at 5-0.

“That was probably one of our best performance so far,” Epping said.” We just keep building momentum every game, getting sharper and sharper. If you would have said we’re four and one when we came into this after five games, I think we’d take that.”

After back-to-back losses, defending champion Brad Gushue returned to the win column with an 8-6 victory over Nova Scotia to get to 3-2.

The top four teams in each pool advance to the championship round starting Friday and take their pool records with them.

The championship round’s top three make playoffs. The No. 1 seed gets a bye to Sunday’s evening’s final and faces the victor of the afternoon semifinal.

Winner of three of the last four Canadian titles, Gushue’s schedule in Pool B was front-end loaded with contenders.

Gushue’s Newfoundland rink lost tough battles to both Koe and Dunstone, but defeated Epping in its opener.

“I think the fact that we’ve got two losses this early put us a little further back in the pack,” Gushue said.

“The good thing for us is they came against two very good teams that are probably going to be around at the end of the week.

“As long as we can get through the rest of pool play and come in with a 6-2 record, then we grind it out on Friday and Saturday and see how things shake out.

“I think three losses at this point with the amount of upsets that have happened is still going to be in play. We’ve got a little bit of cushion, but I think we’ve used enough cushion at this point.”

THAT CURLING SHOW | Celebrating the trailblazing Canadian women of curling: 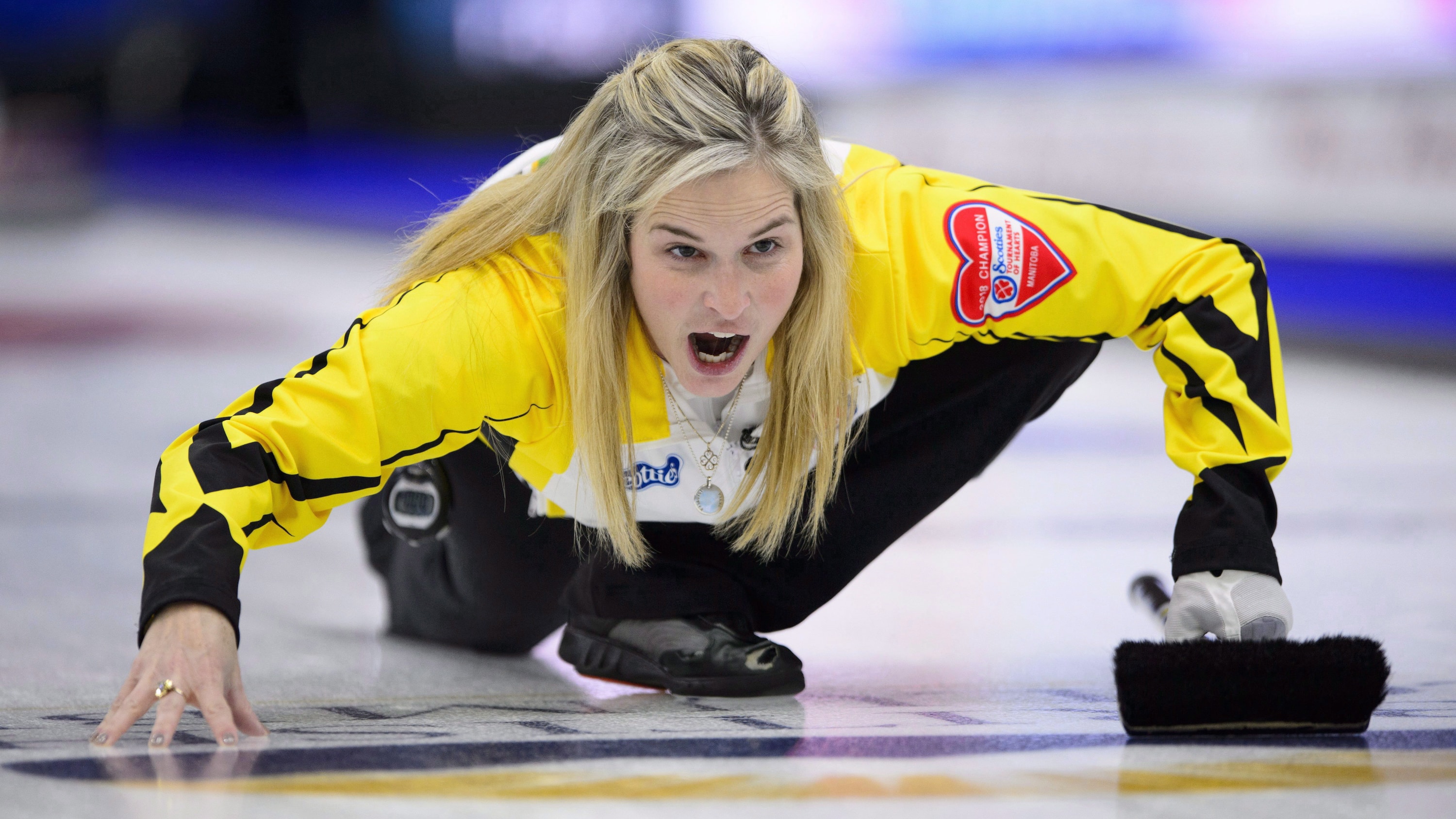 From Vera Pezer to Jennifer Jones and all the incredible shots in between, there are so many Canadian champions both on and off the ice. 2:27

Manitoba’s Jason Gunnlaugson ranked first in Pool A at 4-0 with a game at night against New Brunswick’s James Grattan (4-1).

Wild Card One’s Mike McEwen was 2-3 ahead of B.C.’s Steve Laycock at 1-3. Gregory Skauge of Northwest Territories and Yukon’s Dustin Mikkelson were winless at 0-4 and 0-5 respectively.