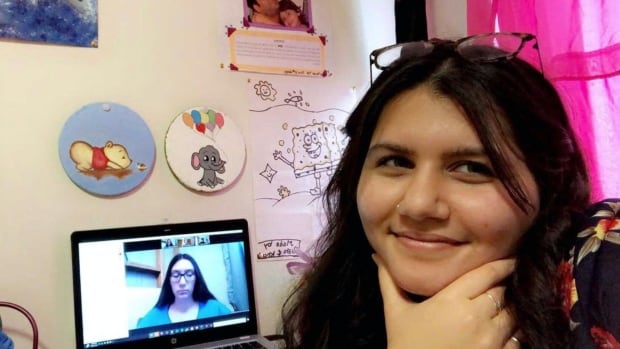 Manitoba’s youth parliament didn’t let a global pandemic stop it from kicking off its 99th consecutive winter session on Saturday.

“Although we’ve had to pivot, the [youth parliament] magic moments of debating with your peers, of challenging yourself to think of different ways to tackle society’s issues, of being nervous before you’re being asked a question in question period — those are all still there.”

Theano-Pudwill, 24, said the Youth Parliament of Manitoba is one of the world’s longest-running, so the decision to keep it going, albeit in an online format, was an easy one to make. She’s now in her seventh year in the mock parliament after starting in high school.

This year’s session will also include a bill that would restrict cars on roads and increase the reliability of other forms of transit, and another that would hide job applicants’ names, photos and education to improve equity in the hiring process, the Youth Parliament of Manitoba said in a news release.

The youth parliament helps young adults, who are all 25 and under, improve their communication skills and learn more about the Canadian parliamentary tradition.

Vrinda Vyas, a Grade 11 student at Glenlawn Collegiate, said she got involved in youth parliament this year because she’s interested in women’s rights.

Vyas is a backbencher — a member of parliament who isn’t a party leader, cabinet minister or opposition critic — in this year’s winter session.

She said she likes learning from other members of the mock parliament as they talk through ideas. Vyas said she’s considering pursuing a career as a lawyer, and participating in the youth parliament gives her a chance to work on her debating and public speaking skills.

“These people are like, next-level smart … I love listening to them talk,” she said. “It’s just a very interesting concept of getting the youth together to find out their opinions on real-world problems.”

Participants will also debate private member’s bills written by backbenchers participating in the mock parliament for the first or second time and based entirely on issues they’re interested in, Theano-Pudwill said.

“I’m not sure what those ideas are going to be yet, but I’m excited to debate them,” she said.