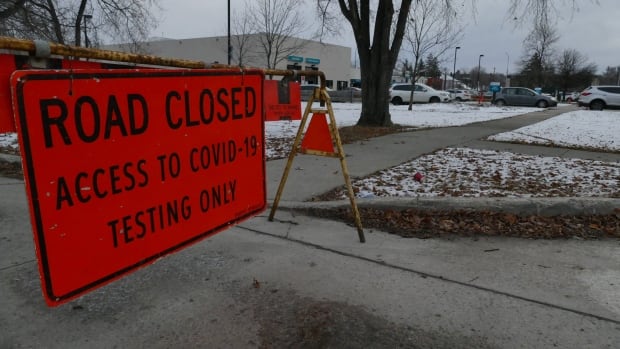 Health officials fielded questions from Manitobans about the province’s response to the COVID-19 pandemic in a telephone town hall on Thursday evening.

Dr. Brent Roussin, Manitoba’s chief public health officer, answered more than a dozen questions in the roughly one-hour phone call on topics ranging from what supports exist for those who live alone to seeking clarity about rules on gathering sizes.

He was joined by Dr. Jas Atwal, a medical officer of health with Manitoba’s public health team, and Bruce Gray, the deputy minister lead for the #RestartMB pandemic response system.

“With all due respect to Dr. Roussin, the message to Manitobans isn’t, maybe, as clear as you might think,” one caller said, grilling the public health chief on a perceived mismatch between public health advice and government action.

The caller asked why the province had moved to reopen the economy earlier this year, including reopening restaurants and other businesses prior to recent lockdowns, and why stronger measures aren’t in place to stop spread.

“There is definitely a mixed message there, between the actions that are being taken to control this virus spread, and the words that we’re being told to follow.”

In response to that question and others that centred on government restrictions, Roussin said public health officials are trying to create restrictions that keep people safe while mitigating the negative effects, like job loss and mental health impacts.

“Where we’re at right now is absolutely needed.… But make no mistake, there is a health impact to these restrictions as well. So we’re committed to leaving them on for the least amount of time and at the least restrictive measures we can get by on,” Roussin said.

“We’re going to be dealing with this virus likely for another year, possibly more. We have to be able to have sustainable reactions to it.”

The call started at 6:35 p.m. and lasted about an hour. Manitobans who wanted to participate could sign up online earlier Thursday.

Callers also asked questions about what supports exist for people who live alone, and why schools remain open but faith-based gatherings are banned under new rules.

There is some “leeway” in the rules to allow people who live alone to seek face-to-face support for things like mental health or child care, Roussin said — but it must be used wisely.

“Limit that to a select person. Maybe two,” he said. “We didn’t want to exclude that outright. But we just need the message out that for the most part, Manitobans need to stay home. Manitobans need to limit their … social gatherings to just those in your household, with very few exceptions.”

Roussin elaborated on the province’s rationale for leaving schools open, which he said is due in part to epidemiology from Manitoba and elsewhere suggesting there is not significant transmission within schools.

Faith-based gatherings, however, have been linked to many community outbreaks in the province, he said, including an outbreak at a personal care home that has cost lives.

“Of course it’s no fault of the faith-based gatherings.… Everyone stepped up,” he said. “But we just know this is where this virus is transmitted.”

Four of the questions Thursday were from Manitobans who wanted more information about public health rules for public and private social gatherings, including the current limit on gathering sizes to five people.

“Although you have been clear tonight, I think there still is some lack of clear messaging,” one caller said, adding that may be due to media interpretation and not just public health messaging.

Roussin repeated a line he used earlier Thursday, calling confusion on the orders a “distraction” from the key message to stay home. He said it’s difficult for the province to write orders that apply in every scenario, and there are some exceptions they want to allow, such as child-care or mental health supports.

“I don’t think the narrative should be, ‘What’s the fine? Who gets a fine?'” he said. “The narrative is, our hospitals are almost full, we need to stay home.”