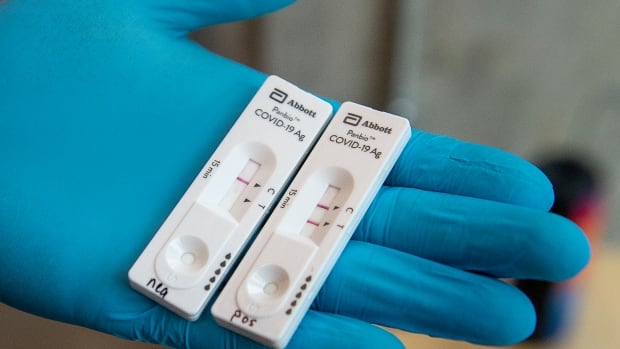 Manitoba will roll out rapid testing for asymptomatic staff at three personal care homes, as part of a pilot program to broaden surveillance testing for COVID-19.

Staff at Winnipeg’s Donwood Manor and Deer Lodge Centre, and at Country Meadows Personal Care Home in Neepawa, will have voluntary access to the rapid tests starting Monday, the province said in a Thursday news release.

The testing will be performed once a week for four weeks. Staff at each site will be trained on how to use the rapid testing devices, the province said, and positive results will be confirmed by a lab-based test.

“This pilot project will expand the asymptomatic testing that is already underway in personal care homes by testing staff who do not have any symptoms, and is the first step in plans for an expansion of this work to other sites in the weeks ahead,” Health Minister Cameron Friesen said in the release.

Manitoba already conducts some asymptomatic surveillance testing, or sentinel testing, which means testing of people who are not known contacts of someone with COVID-19 and don’t have symptoms.

Currently, asymptomatic personal care home workers are generally tested only if they are known close contacts of someone who has COVID-19.

“The pilot project will help us establish the most appropriate application of this expanded sentinel testing, as well as training and deployment processes that will support broader availability if the pilot proves successful,” Friesen said.

Program could be expanded

The pilot program will use the Abbott Panbio COVID-19 rapid antigen test, which yields results in about 20 minutes, the province said.

The project will also help field test that device, to better understand how effective it is and how it can be deployed.

The three homes involved in the pilot were chosen in part because of the size of their workforce, as well as their proximity to laboratory testing sites, the release says.

Both Deer Lodge and Donwood have previously reported COVID-19 cases among staff, according to provincial data.

If the pilot is successful, the program will be expanded to include other facilities. After analyzing the first four weeks’ results, the province expects to include other licensed personal care homes in the weeks that follow, the release says.

“Protecting the health of our most vulnerable Manitobans is a top priority,” Friesen said in the release.

“Since the spring, we have introduced many precautions to screen staff and residents within our personal care homes, and to isolate and test anyone who shows symptoms or might have been exposed to COVID-19.”