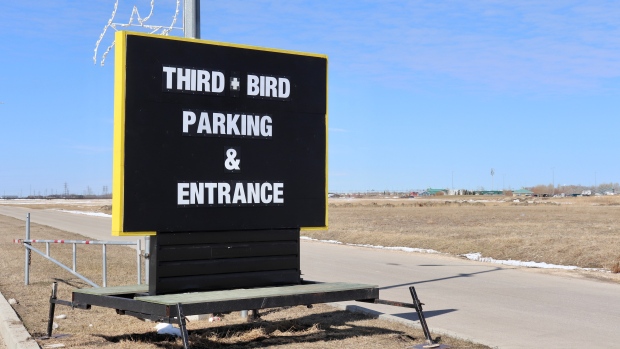 WINNIPEG — A local urban market is under fire after it brought in vendors from out of province and one didn’t isolate for the mandatory two weeks.

Third + Bird is scheduled to hold a spring market from April 16 to 18 in Winnipeg.

In a statement to CTV News on Friday, Third + Bird said the business that didn’t follow the orders was removed and the other four vendors that were from outside of Manitoba have withdrawn from the market.

“Third + Bird and partners are committed to the health and safety of not only the registered retail & food service businesses that take part but to our staff and attending guests,” the statement said.

“These markets in general, just to kind of take a step back, are treated like retail. So they do have capacity limits and they are monitored by public health investigators,” said Atwal.

He added health officials meet with the organizers regularly to ensure everyone is aware of the health orders in place.

Atwal also explained why Third + Bird can run while other events have been postponed or cancelled.

“It’s not a broad brush stroke on all of these things, but they are reviewed individually to make sure they meet the order so they are able to occur.”

He noted there is some confusion about the event and the province will work to provide more details in the future.

Atwal said Third + Bird is following orders and has capped its attendance at 30 per cent capacity, which he added is lower than what is recommended by the province.

“They had sold tickets as well to make sure that there was a limited number of people within the venue at any given time,” said Atwal.

Third + Bird said the market will still happen on the weekend and all the businesses attending have followed the health orders.

“Our heart was not in a place to hurt anyone. I want to say a heart-felt (sic) apology. My intention was in a good place. A place to champion small Canadian businesses. Some (of) you feel wronged and failed by me/Third + Bird and for that I’m deeply sorry,” the post reads.