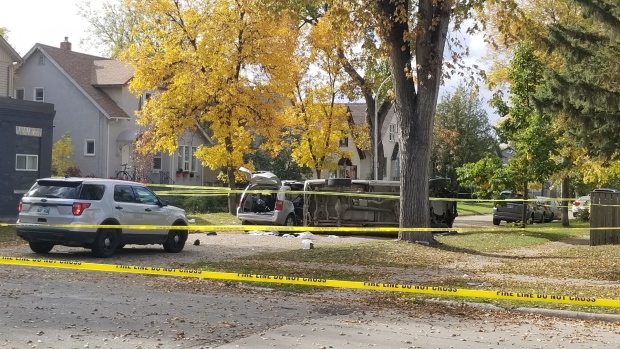 WINNIPEG — A Winnipeg man has pleaded guilty to several charges related to a high-speed two-vehicle crash in September 2020 that killed a woman and her infant child.

The crash occurred on September 26, 2020. Winnipeg police tried to perform a traffic stop on a vehicle in the area of Salter Street and Boyd Avenue.

The vehicle, driven by Chartrand, took off, trying to evade police and it eventually crashed into a van at the intersection of Andrews Street and Boyd Avenue.

Jennifer Dethmers, 30, died on the day of the crash and her infant son Anthony died a month after the incident.

The court heard on Monday that Chartrand was going 112 km/h in a 50 km/h area when the crash happened and that he has been suspended from driving since he was 17.

The Crown is looking for Chartrand to serve nine years in jail minus time served, while the defence is seeking seven years minus served time.

In January, the Independent Investigation Unit of Manitoba cleared the police officers who originally tried to pull Chartrand over, saying they did not contribute to the collision or the deaths and injuries that were suffered.

A sentencing date is expected to be set next week and Chartrand remains in custody.