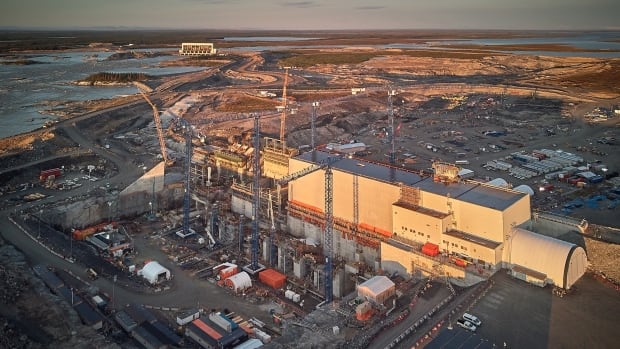 The site’s first unit went into commercial service on Tuesday, Manitoba Hydro said in a news release. The project, which began construction in 2014, has been marked by substantial cost overruns, delays, and allegations of sexual assault and racism.

The site is located on the Nelson River near Gillam, Man., about 725 kilometres north of Winnipeg. It was initially estimated to cost $6.5 billion and expected to be in service by November 2019.

In March 2017, Hydro revised that cost estimate to its current control budget of $8.7 billion, which the Crown energy corporation says it’s on track to meet.

A 2017 report made public the following year found workers at the site described it as a prison-like environment plagued by intimidation, substance abuse and discrimination.

In 2019, RCMP said they had investigated nine cases of sexual assault at Keeyask in the past four years. Four of those resulted in charges, while in the remaining cases, people declined to press charges or didn’t want to participate in an investigation.

On Thursday, Hydro president and CEO Jay Grewal said nearly 98 per cent of the corporation’s electricity is generated using renewable hydropower — and the electricity now coming from the 695-megawatt station adds to that.

“The energy from Keeyask will help preserve that advantage for decades to come, while also helping to keep electricity rates for Manitoba customers among the lowest on the continent,” Grewal said in Hydro’s news release.

The site is expected to have seven units producing an average of 4,400 gigawatt hours a year, the release says, making it Manitoba’s fourth-biggest generating station.

There are still about 600 people working at Keeyask to bring the remaining six units into service, which will happen one-by-one over the next year, the release says.

Between the start of construction in 2014 to the end of last month, the project hired more than 27,300 people to work at the site. Sixty-nine per cent of those workers were from Manitoba and 38 per cent were Indigenous, Hydro says.

The Keeyask site is a collaboration between Manitoba Hydro and four partner First Nations, known collectively as the Keeyask Hydropower Limited Partnership.

Leaders in some of those partner communities criticized Hydro late last year for its handling of a COVID-19 outbreak at Keeyask.

The province declared a COVID-19 outbreak at the construction site in early November. Dozens of workers there would test positive for the illness.

Hydro reduced staff at the site and later resumed workforce rotations in mid-November, which was met with criticism by First Nations leaders in the area.

The outbreak at the Keeyask site was declared over on Nov. 30.