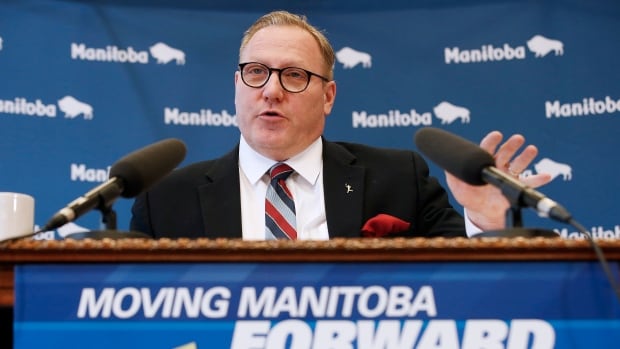 Manitoba’s deficit is expected to reach historic highs by early spring due to the pandemic, though provincial outlooks suggest the deficit will be nearly $900 million less than projections earlier this fall.

The province released its mid-year economic and financial report Thursday, saying the government faced “significant uncertainty” in predicting the remaining months of the fiscal year because of the continued costs of COVID-19.

Despite that uncertainty, the provincial outlook forecasts a deficit of $2.048 billion by the end of March, down from the previous forecast of $2.938 billion in September.

That would still be the largest deficit in Manitoba history. The previous high of just over $1 billion came in 2011 as a result of the flood response that year, a government spokesperson said.

Spending soared $633 million above what was budgeted, including over $522 million that covered costs of personal protective equipment and gear, the province said.

Government expenditures increased due to the unprecedented challenges COVID-19 created in the health-care system and economy, Premier Brian Pallister said.

“This year has been like no other. It’s not one any of us would hope to repeat,” he said. “We are not out of the woods yet.”

Provincial revenue is expected to drop $372 million below budget due to the economic impacts of the coronavirus.

“We’ve lost about a billion dollars in revenue,” Finance Minister Scott Fielding said. The drop is associated with a range of factors, he said.

Revenue from personal income tax is also projected to be down $256 million due to a drop in household incomes during the pandemic, and corporate income tax revenues slumped $141 million below budget because of declining profits, the report says.

The province’s net debt is forecast to reach $27.668 billion, increasing $1.232 billion from what was budgeted, the report says. That’s expected to result in a debt‐to‐gross domestic product ratio of 38.7 per cent.

GDP is also expected to decline an average of 4.6 per cent this year compared to a 1.3 per cent increase projected in the budget. The 2021 rebound is projected to hit 4.1 per cent.