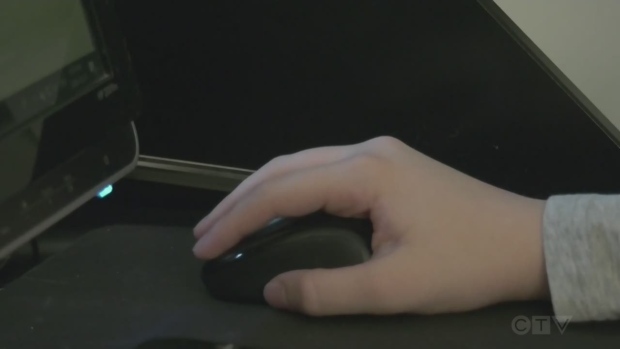 WINNIPEG — Monday was the first day back to school from winter break in Manitoba, but for a lot of students that day was spent at home.

In December the Manitoba government announced that a mandatory remote learning period would take place after the winter break.

The remote learning was optional for elementary students, but mandatory for grades 7 to 12.

Lisa Davis is a mother of two, she said her eight-year-old daughter is struggling with the restrictions.

“We’ve had a couple meltdowns on her end, just ‘I hate COVID and I want this to be over with’ cause she wants to have her play dates. So it has affected some of their mental health,” said Davis.

Davis also has a son in grade 9, and she’s concerned his quality of education is declining.

“He’s doing his work and he’s definitely learning stuff, but are they learning the same amount that they would if they were there five days a week all day? Hard to say.”

President of the Manitoba Teachers’ Society, James Bedford said a blend of remote learning and in person learning is an added challenge for teachers.

“I call it texting and driving, you’re doing two things that are incompatible with one another.”

Bedford worries some teachers may be reaching a breaking point.

He said at a town hall in November, more than half of their members said they were considering changing professions, or retiring.

Minister of Education, Kelvin Goertzen said it’s designed to make sure remote learning is administered evenly throughout the province.

“(It’s designed) to allow the different school divisions to tap into those resources and provide them to their teachers, either as support for their plans, or direct support for students.”

Goertzen said more than 100 staff are working at the centre including teachers, student service professionals and education assistants.

The Remote Learning Support Centre is primarily for educators, but the province also launched the My Learning At Home website, which is designed to support parents.

Davis would prefer her kids go back to learning in the classroom.

“For their sake, for the learning, for the social interaction aspect, they need that,” said Davis.