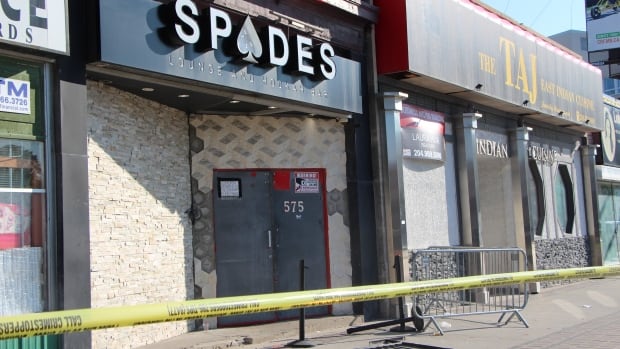 A man who evaded police for six months after a triple-shooting at a Winnipeg nightclub has been arrested after being found hiding in a hotel near the airport.

The suspect, 19, who was located by police on Feb. 9, smashed out a window of the hotel in an attempt to escape, according to the Winnipeg Police Service.

However, officers were able to catch him, take him into custody and charge him with 15 firearms and assault-related offences.

Two men and a woman were sent to hospital in critical condition after being shot at Spades Lounge and Hookah Bar on Portage Avenue on Aug. 1, 2020. The conditions of all three were later upgraded to stable.

Police had issued an arrest warrant for the suspect, who they say kept eluding them.

No information was provided on how they located the man, but in a news release issued on Friday police thanked the public for assistance.