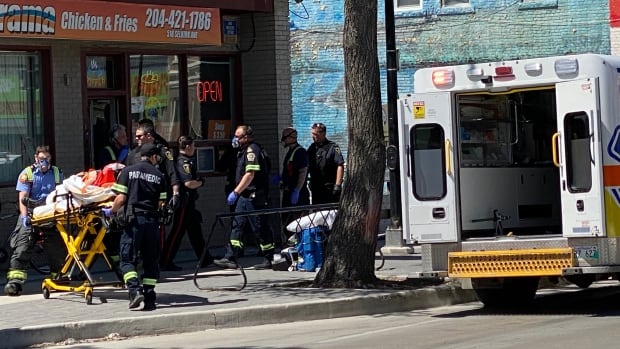 A Winnipeg judge has found a man guilty in an attack that left a hammer embedded in a 15-year-old boy’s skull.

Jerry Robert Kipling, 30, has been convicted of aggravated assault for the May 2020 attack.

Court heard the teen was ordering slices of pizza in a shop on Selkirk Avenue, between McGregor and Powers streets, and began talking to a man.

According to an agreed statement of facts presented in court, an employee saw the teen and the man getting along as the man showed the boy items in his backpack.

The document says as the teen was leaving the store the man attacked him with a hammer.

The teenager did not testify and police at the time described his injuries as catastrophic.

Kipling will be sentenced at a later date.