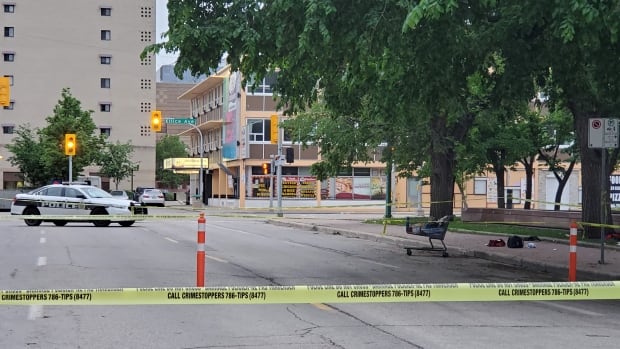 Winnipeg police are investigating a homicide and a separate stabbing, both of which happened in the Central Park neighbourhood early Thursday morning.

Officers were called to the area of Kennedy Street and Qu’Appelle Avenue shortly after midnight, where they found a man who had been shot.

He was rushed to hospital, where he later died. The man has been identified as 48-year-old Marlon Jose Chamorro-Gonzalez.

While police officers were guarding the scene of the homicide around 1 a.m., a man who had been stabbed came to them asking for help.

The 47-year-old man, who police say is not connected with the homicide, was taken to hospital in unstable condition, but was later upgraded  to stable. Police say he could not provide any information about the suspect or the assault at this time.

Anonymous tips can also be made to Crime Stoppers.