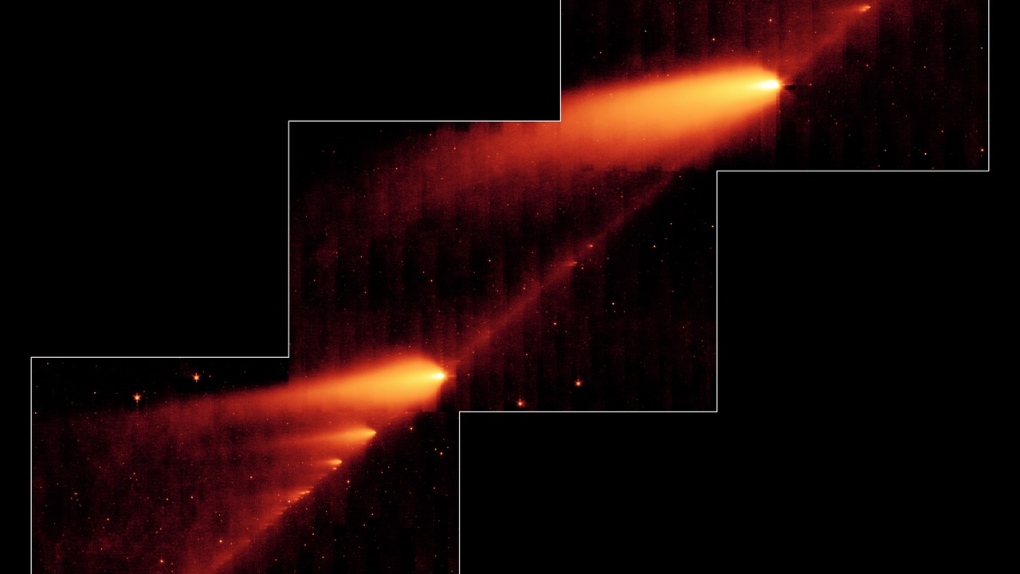 If the weather holds out and the right conditions are met in space, Manitobans will be able to see a spectacular meteor shower Monday night.

Scott Young, a planetary astronomer at the Manitoba Museum, said there is a chance a very significant meteor shower could be seen.

“There is a possibility and I stress possibility, of a major meteor outburst. Basically, there will be a whole bunch of falling stars all at once,” said Young. “The reason it’s a possibility is the source of this particular meteor shower, is not a regular comet…this one is a comet that sort of disintegrated, so it’s in all these pieces, which is good if it comes in our direction. But because it is disintegrated, we can’t be sure to say that it will be close enough to cause these things.”

Young said if the event does happen, we could see thousands of meteors per hour, which would be “10 times better” than any other meteor event in recent history.

He said the comet originally disintegrated back in 1995 and the cloud of space dust it left behind has become wider and wider over the years. But, if the debris isn’t moving fast enough, then nothing will happen.

“So the thought is the earth is going to hit the edge of the debris cloud on Monday night…there is a lot of solid science behind it, but it is basically a mathematical forecast. Whether it happens or not, will actually be a real good test of our understanding of how these comets and meteor streams work after they disintegrate like this. It’s a good way to advance science, as well as if it does happen it will be a fun thing to watch.”

Young said even if the conditions are met in space, Manitoba will be weather dependent on if people will be able to see it or not, as rain is in the forecast which will bring a lot of cloud cover.

“All of this activity happens up above the cloud level. So if it’s raining down here on the earth, you aren’t going to see anything.”

If the weather does clear up, Young suggests people move away from city lights and find a dark place as this will give the best opportunity to see the shower.

If the cloud cover stays, there is a different way the Manitoba Museum plans on finding the meteors.

“The museum will do a live stream and if it’s clear we will have a camera. If it’s not clear, we’re actually going to use radio detection. If you listen to a radio station that is too far to pick up, every once and a while when a meteor goes over, the radio waves will bounce off the meteor and you can hear the radio station for a second. So we will actually be able to hear the meteors with a radio station.”

If the shower does happen, it should get underway around 11:45 p.m. on Monday and last until around 1:15 a.m. on Tuesday.