Mounties said a car headed southbound crashed head-on with a car travelling the opposite direction. The driver and sole occupant of the northbound car – a 53-year-old woman from the RM of Armstrong – had serious but non-life-threatening injuries. She was taken to hospital in Winnipeg.

There were three men in the southbound car, two 23-year-olds and an unidentified man who was around the same age. RCMP said all three were dead on the scene.

“It is tragic, this loss of life at this scale on a little stretch of Highway 7,” said Tara Seel, a media relations officer with the Manitoba RCMP. 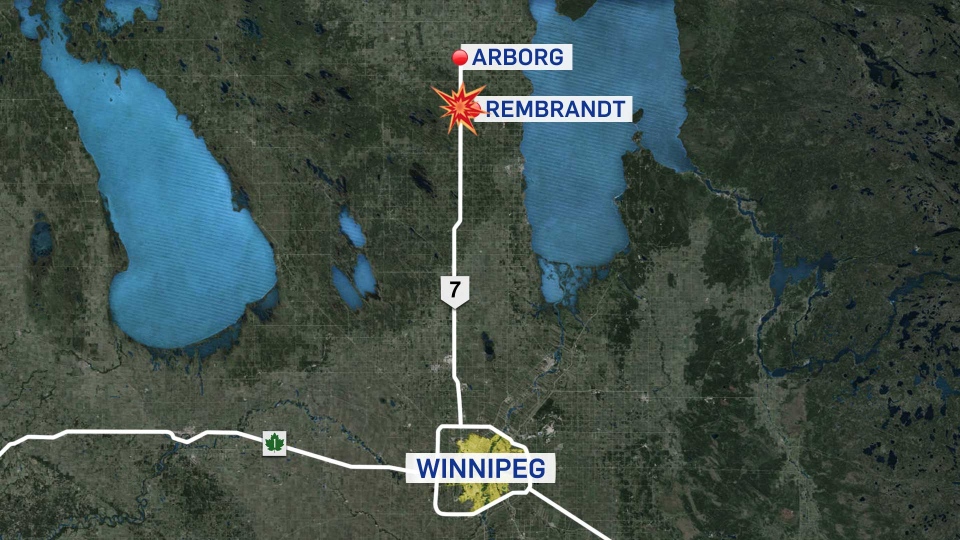 “Our hearts are with those who have lost someone today.”

The crash was reported around 6:20 a.m. Thursday morning. RCMP said alcohol is not considered a factor. Seel said it appears both drivers were wearing seat belts at the time of the crash.

“It’s really early days in terms of this level of investigation to come to any sort of conclusion,” Seel said.

“Hopefully we will be able to answer some of those questions soon, but again we are going to be thorough and do our due diligence and make sure that all those steps are taken.”

“It’s again, those officers that have that specialty, the specialized training, and the years of experience,” said Seel. “They all work together to figure out what exactly happened.”