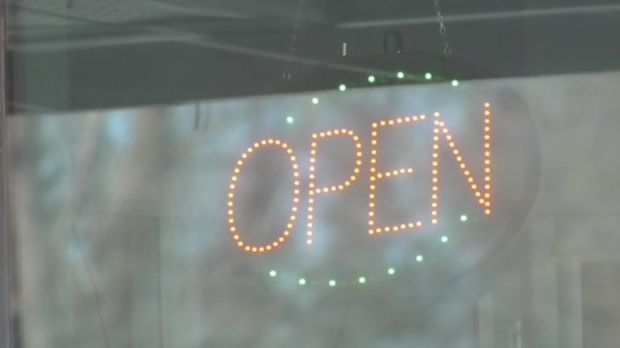 WINNIPEG — It’s year five for the Roblin Grill in Charleswood, and owner Cathy Spence doesn’t mince words about the pandemic’s impact on the business.

Over the last year the grill was closed, reopened, closed, and now partially reopened again.

Spence said the pandemic has taken a toll, especially during a four-day span she won’t forget.

“Nobody came, nobody ordered. There was no business and we were worried,” said Spence.

Now a business-led initiative is underway on a national scale to speed up the recovery and prevent another shutdown.

The Canadian Chamber of Commerce is assembling 19 leaders from companies including WestJet, Pfizer and Shoppers Drug Mart to come up with ways to reduce and eliminate COVID-19.

It said the group will connect companies creating vaccines, delivering testing, and other support programs, with businesses who need the services.

“We are literally in a race against time as new and more dangerous variants of COVID-19 spread,” states a news release.

The Canadian Chamber’s provincial counterpart in Manitoba said businesses want to be part of the solution. Chuck Davidson, president of the Manitoba Chamber of Commerce, said members are frustrated with the slow movement on vaccine delivery and rapid testing.

“Whether it’s rapid testing could potentially help some businesses to get reopened then let’s go down that path and let’s have some of those discussions,” said Davidson.

It appears Manitoba health officials want to do more with rapid testing.

“We’re working on plans to be able to ramp up that community-based testing using a rapid platform,” Dr. Brent Roussin, the chief provincial public health officer, said on Tuesday.

As for Spence, she said she will keep doing her part and tak all the necessary precautions to help prevent something no business wants—another closure.