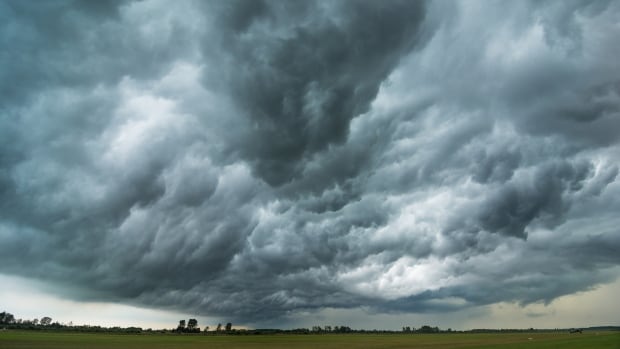 Environment Canada issued a severe thunderstorm warning on Sunday morning for parts southern Manitoba in light of a storm that’s capable of producing strong wind gusts, heavy rain and up to nickel-sized hail.

The storm is moving east through the south of the province and is capable of producing wind gusts up to 90 kilometres per hour, the thunderstorm warning said.

The weather agency is warning people to take cover immediately if threatening weather approaches. If visibility is impacted during a downpour, turn on your headlights and maintain a safe distance.

The warning covers the following areas:

Overnight, Winnipeg also experienced a strong thunderstorm that knocked out power to some areas.

In the St. John’s neighbourhood, more than 2,000 customers were in the dark as of 9 a.m. after a lightning strike knocked out power earlier in the morning.

The estimated time of restoration is 10 a.m., the Crown corporation said in a tweet on Sunday.