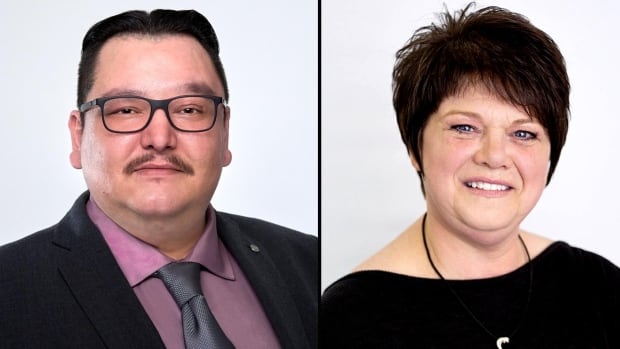 Running on a platform promise to reduce the inequities faced by people living in Manitoba’s north, NDP candidate Eric Redhead is projected to seize the Thompson seat in Tuesday night’s byelection.

The former chief of Shamattawa First Nation surged ahead of PC candidate Charlotte Larocque, former president of the Thompson Chamber of Commerce, after polls closed at 8 p.m.

He’s projected by the CBC decision desk to take the seat that has been vacant since the death of New Democrat Danielle Adams, 38, who was killed in a highway crash in December.

The Liberals said they decided against contesting the race in tribute to Adams.

Growing up in Shamattawa, a remote fly-in community about 745 kilometres northeast of Winnipeg, Redhead said he was surrounded by social and family issues.

He said he’s long worked to make life better for people, whether it was through jobs in health care or in crisis response.

Redhead served two terms as chief of Shamattawa before briefly taking a role as acting grand chief of the Assembly of Manitoba Chiefs.

Upon announcing he would seek the NDP nomination in April, Redhead said he had accomplished goals he set out for himself when he was elected as chief of Shamattawa. This includes building more housing and a new water treatment plant, which is expected to be completed in October.

While proud of his accomplishments as the chief of his community, Redhead said a lack of jobs, health-care support and economic opportunities can make it a challenging role for anyone who puts their name forward for First Nations politics.

Redhead was born and raised in Thompson, worked at Thompson General Hospital, and his children attend school there.

“Thompson has always been in my heart,” he told CBC in April.

After speaking with voters in every community during the campaign, Redhead said health care is top of mind, as well as highway safety and the cost of living.

The NDP has won the seat in all but two elections since 1969. Steve Ashton was the riding’s MLA for more than 30 years until he was defeated in 2016 by Kelly Bindle of the PCs. Bindle lasted one term in the office. In 2019, Adams won the race with a margin of victory of 19 percentage points.

Jordna Hill is the current chief of Shamattawa First Nation, after Redhead stepped down in April.