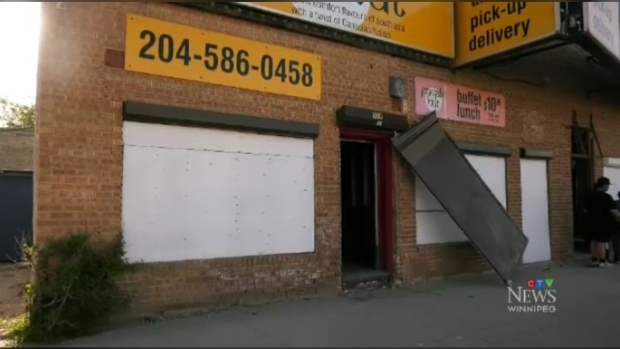 WINNIPEG — The cause of a Monday evening fire in Winnipeg’s North End is under investigation, according to the City of Winnipeg.

Crews were called to the fire at a commercial building in the 900 block of Main Street just before 5:30 p.m. Upon arrival, they found heavy black smoke coming from a garage attached to the building.

Firefighters attacked the flames from inside the structure and the fire was under control by 6:04 p.m. Fire crews also ventilated the smoke from the building.

No one was inside the building at the time of the fire and no one was hurt.

There are no damage estimates available at this time.