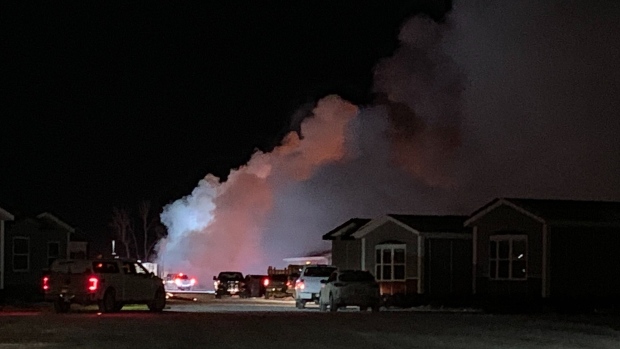 WINNIPEG — Headingley fire crews are responding to a fire that broke out at a mobile home business outside the Perimeter Highway on Christmas Eve.

On Thursday evening around 6 p.m. fire crews were seen battling a blaze at the Best Buy Homes business, about a kilometre west of Winnipeg, along the Trans-Canada Highway.

It is not clear what caused the fire or if there have been any injuries.

CTV News has reached out to RCMP for more information.