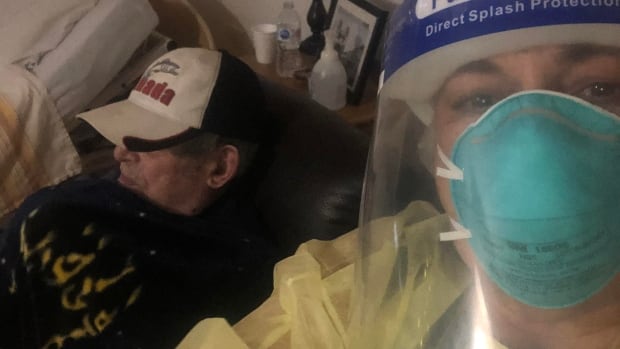 The families of two residents who died of COVID-19 complications during the Maples Long Term Care Home outbreak last fall have launched a class-action lawsuit against Revera, the for-profit company that owns the facility, and the Winnipeg Regional Health Authority, which funds and oversees it.

The lawsuit alleges Revera and the health authority caused or contributed to the COVID-19 deaths of Ethel Lewsey, 99, and Manuel Calisto, 88.

“Because of the gross lack of staffing caused by the inactions of the Revera defendants and the WRHA … residents were left dehydrated and malnourished and vulnerable to the effects of COVID-19, and therefore suffered greatly as a result,” reads the statement of claim filed in Manitoba’s Court of Queen’s Bench on May 10.

Lewsey and Calisto are two of 56 Maples residents who died from COVID-19 complications during an outbreak at the Winnipeg care home, which was declared on Oct. 20. By the time it ended after nearly three months, 157 residents and 74 staff had been infected, according to figures included in a report commissioned by Manitoba Health.

The lawsuit alleges Revera failed to provide medical and nursing care, including acute medical care, and failed to properly physically distance residents to contain the spread of the illness.

The lawsuit also alleges Revera failed to ensure there were adequate staffing levels at the home.

It accuses the Winnipeg Regional Health Authority of failing to identify the lack of staffing and the effect that had on resident care when it conducted an inspection during the outbreak.

Manuel Calisto’s daughter, Eddie Calisto-Tavares, and Lawrence Lewsey, Ethel’s son, are seeking aggravated and punitive damages on top of other damages alleging “egregious conduct and callous disregard for the health and safety of the vulnerable residents of Maples.”

They claim Revera’s alleged failures were partly the result of the company’s “desire to maximize profits,” according to the court document.

The allegations have not been tested in court. No statement of defence has yet been filed.

In an emailed statement, Revera said it respects the court process and will respond to the proposed legal action at the appropriate time and through proper legal channels.

“We extend our deepest sympathies to all the families and friends of residents affected by the unprecedented COVID-19 pandemic,” wrote Revera spokesperson Larry Roberts.

The Winnipeg Regional Health Authority declined to comment because the matter is before the court.