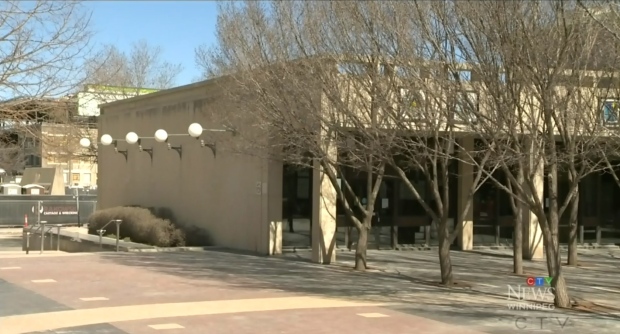 WINNIPEG — The empty space next to Winnipeg City Hall that once housed restaurants could be turned into a place to help exploited women.
On Friday, Councillors Kevin Klein and Shawn Nason put forward a motion to repurpose the west wing of the Susan A. Thompson Building to be leased with The Women’s Resource Centre to create a safe space for women leaving exploitation, sex trafficking and forced prostitution.
“The concept was a caring centre that we could offer to not-for-profits in a mutually beneficial way, not at a great cost to the city, or any for that matter,” Klein said.
“A space where they could come together and offer services and to offer support for individuals.”
The now-empty space has housed two different restaurants over the past 16 years, according to the motion. The most recent restaurant closed its doors in 2019.
The motion said despite the city posting a request for proposals for food services in this space, there have been no responses. It adds that the Women’s Resource Centre is currently in the process of finding a suitable location for a safe gathering place.
The councillors proposed the Winnipeg Public Service to explore an opportunity to formally lease the space to the centre. Klein noted the space could operate as an “incubator” space, which would house new organizations until they become established in the community.