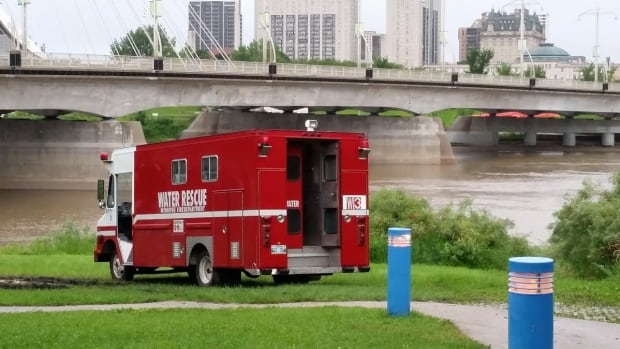 Just before 6:00 a.m., crews responded to reports of a man seen struggling in the water near the Disraeli Bridge. He was being swept north by the swift current.

The Winnipeg Fire Paramedic Service and Winnipeg police deployed a water rescue team along the river, and were able to reach the man north of the Redwood Bridge.

He was safely brought to shore by boat about 6:18 a.m. and taken to the hospital in stable condition.

At this time, WFPS say it is unknown how the man came to be in the water, or how long he was in it.

People are advised that all waterways should be considered hazardous at this time, including rivers, retention ponds, and ditches.