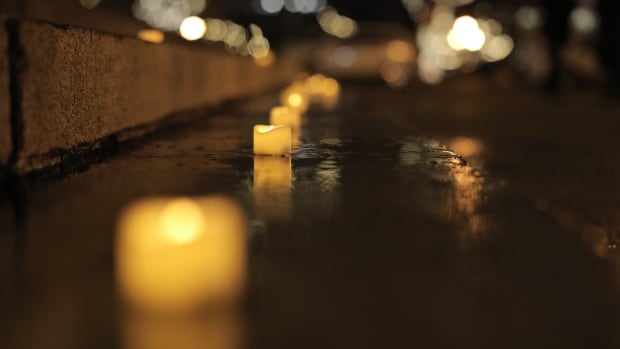 On average, at least one person died per day of a drug overdose in Manitoba last year, according to new figures obtained by CBC News.

Between January and December 2020, 372 people lost their lives to overdoses in the province, which exceeds all of 2019 by 87 per cent, according to preliminary data from Manitoba’s Office of the Chief Medical Examiner.

The majority of drug-related deaths, 254, were linked to opioids — including fentanyl.

“I think it’s devastating,” said Thomas Kerr, a senior scientist with the B.C. Centre on Substance Use.

Kerr, who is also an associate professor in the Faculty of Medicine at the University of British Columbia, said the stark figures are sadly not surprising.

Overdose deaths have skyrocketed across Canada since the pandemic began. He points to British Columbia which recorded its deadliest year of overdoses in 2020, a trend that continues to worsen.

“We really need to work much harder,” he said. “We need to put the same energy that’s been put into the COVID-19 response as we do to the overdose response.”

A combination of factors are driving the surge in fatal overdoses, including a contaminated drug supply, he said.

“What we’re dealing with right now is really a drug poisoning epidemic,” he said. “The drug supply has become increasingly toxic, contaminated with not just fentanyl, but also other contaminants such as synthetic benzodiazepines.”

Kerr added pandemic restrictions have created barriers to supports and services and the rise in people using substances alone also increases the risk of death.

“I think there needs to be a massive, massive scale up of a the variety of public health responses to this epidemic,” he said. “There needs to be a huge investment from government because we’re no where near enough close enough to where we need to be.”

Crucial interventions governments should implement include widespread distribution of the overdose antidote naloxone, expanding access to a range of treatments, and providing people access to a regulated drug supply and supervised consumption sites, Kerr said.

Manitoba ‘behind’ in its response: expert

“I think the solutions are the same everywhere,” he said. “Quite honestly, I think Manitoba is a bit behind other provinces like British Columbia in terms of its response.”

British Columbia introduced a safe drug supply service in 2020 and safe consumption sites are available in every province west of Quebec, except Manitoba. Kerr said there is no excuse not to implement them.

“I think that is a failure of public policy,” he said. “There is no academic debate about the merits of these facilities. They are proven to save lives.”

He noted they are cost effective, can be quickly implemented and to get “a fulsome response” they need to be set up in a variety of locations and settings, including housing environments.

“They are not responding like this is an emergency,” he said. “That’s an awful lot of loved ones to lose in one year.”

The co-founder of Overdose Awareness Manitoba has been advocating for change in Manitoba since she lost her own son Jessie, 24, to a fentanyl overdose in 2014.

She said these deaths are preventable and is calling on the province to offer a safe drug supply, safe consumption sites, medically-assisted detox and long-term treatment to keep people safe.

“What more are we supposed to do before [they] finally go ‘we need to do something?'” she said. “It’s disheartening.”

In a statement, a spokesperson for Manitoba’s minister of mental health, wellness and recovery told CBC News, “the increase in drug related deaths in Manitoba is tragic, and our government is committed to investing in initiatives and services that connects Manitobans struggling with problematic substance use with the supports they need to preserve their long-term health and safety.”

Previously, the province said it’s committed to implementing all recommendations in the 2018 Virgo report in 2018 in response to the ongoing drug and mental health crisis, adding it has spent $50 million on 28 projects to improve mental health and addictions services.

The spokesperson did not say if Manitoba if considering offering a safe drug supply or supervised consumption sites.

Last-Kolb said she will continue to speak up until there is change and more compassion for those using substances.