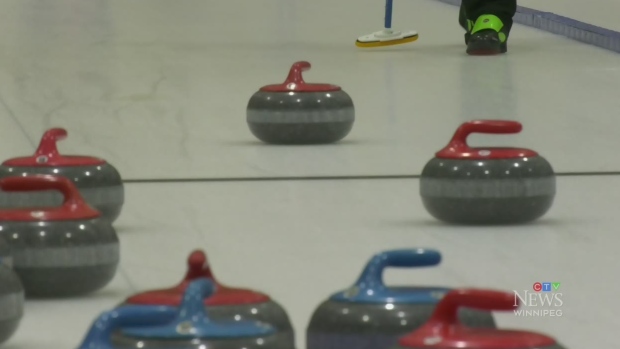 WINNIPEG — Despite cautious optimism just a few weeks ago, CurlManitoba announced it is cancelling its provincial championship tournaments.

On Monday, the curling organization announced it is cancelling the 2021 Women’s, Men’s, and Mixed Doubles provincial championship tournaments due to provincial restrictions

Initially hoping to hold the tournaments in February, CurlManitoba said the timing of the decision to cancel was to give host communities plenty of notice to accommodate for the inevitable.

“In running a provincial (tournament) there are a lot of moving parts, not only from a sponsorship perspective and holding qualifiers for the athletes, but also the host committees,” Baker said. “The host committees put a lot of time in these competitions and usually (there are) a lot of upfront expenses as well, so that plays a role in it.”

With a final decision made on the matter of provincial championships, CurlManitoba is narrowing its focus to the safe return of the sports to its clubs and more than 20,000 members across Manitoba.

“Hopefully, this is showing support for our frontline workers that are putting a lot of work into keeping us safe,” Baker said,

“And hopefully CurlManitoba is doing a small part in saying we’re hitting the pause button and if and when the sport is able to return, it’s going to be on our local communities first and hopefully we can slowly ramp it up from there”

Manitoba will still be represented at this year’s Scotties, Brier and Canadian Mixed Doubles tournaments which are to be held inside a “bubble” environment at a facility in Calgary’s Olympic Park.

CurlManitoba has decided on sending its reigning champions from 2019 which includes Team Einarson, who is also defending the 2019 Scotties title as Team Canada, and Team Jones who was the runner-up in the 2019 provincial tournament will represent Manitoba. Team Gunnlaugson will return to the Brier while Team Karwacki/Samagalski will dawn Manitoba colours at the Canadian Mixed Doubles.