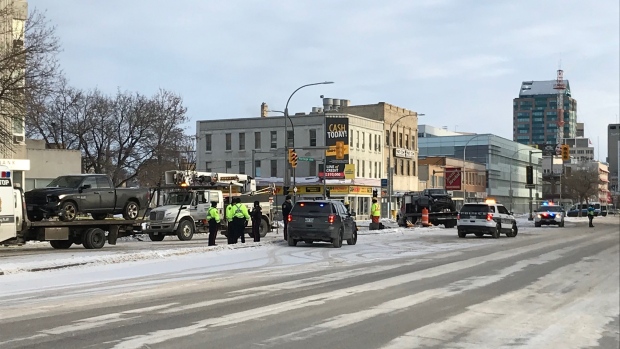 WINNIPEG — A two-car collision that happened early Sunday morning sent one person to hospital and closed an intersection on Portage Avenue.

Police said officers were called to the intersection at Portage Avenue and Sherbrook Street at 12:30 a.m. for the crash.

One person was taken to hospital but police said they have since been released.

The Winnipeg Police Service’s traffic unit is continuing with the investigation.