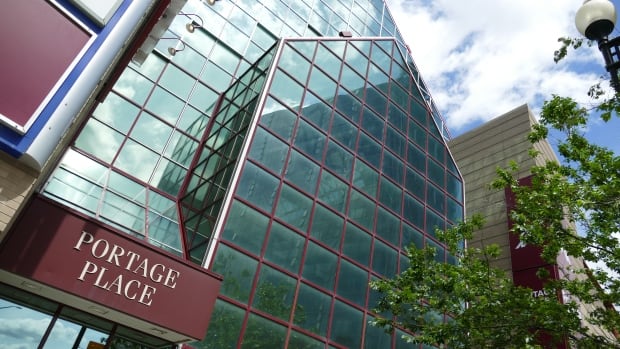 A week before the deadline for a Toronto-based company to finalize a deal to buy Portage Place Shopping Centre, Starlight Investments has pledged to include up to 10,000 square feet of space for community members to access any time of day or night.

In a news release on Thursday, Starlight said the move to create a community hub — to be called “P3Commons” — comes “following a meeting with key community stakeholders and pending final due diligence.”

The 24/7 space will also include public washrooms, the release said.

All three levels of government have approved the sale of the mall to the company, which is in the due-diligence phase of its offer to buy the space.

The deadline for the offer is Feb. 27.

Starlight was criticized for its ties to a company that previously owned another mall in Ottawa’s Heron Gate neighbourhood, which residents said was poorly managed for years before it was demolished in 2013.

Before Winnipeg’s city council voted on whether it would approve the sale of the mall, some community members expressed concerns that the developer would displace people who use the space to gather —  particularly Indigenous people and new Canadians.

Arlen Dumas, grand chief of the Assembly of Manitoba Chiefs, said the advocacy organization initially had concerns about the potential sale of the mall to Starlight.

“But through various conversations and dialogue we are pleased to see that Starlight Investments understands our needs and has worked diligently to establish a new centre that will benefit Winnipeg’s Downtown,” Dumas said in the release.

Starlight said the commitment to create community space and avenues for public input will make sure the future of Winnipeg’s downtown includes a “truly inclusive community hub.”

“It has been made clear to us through extensive stakeholder consultations that an inclusive, complete community must include a place that ensures all constituents of the current mall will continue to benefit from the site’s future plans,” Starlight Chief Operating Officer Glen Hirsh said in the release.

The release said the space is expected to include “various groups and organizations for programming and outfitting of the centre.”

Starlight is also launching an interactive website to give community members a chance to share their opinions on the redevelopment.

The potential new owners of the downtown space drew up a plan last year, which included two 20-storey residential towers, and new retail and office space.