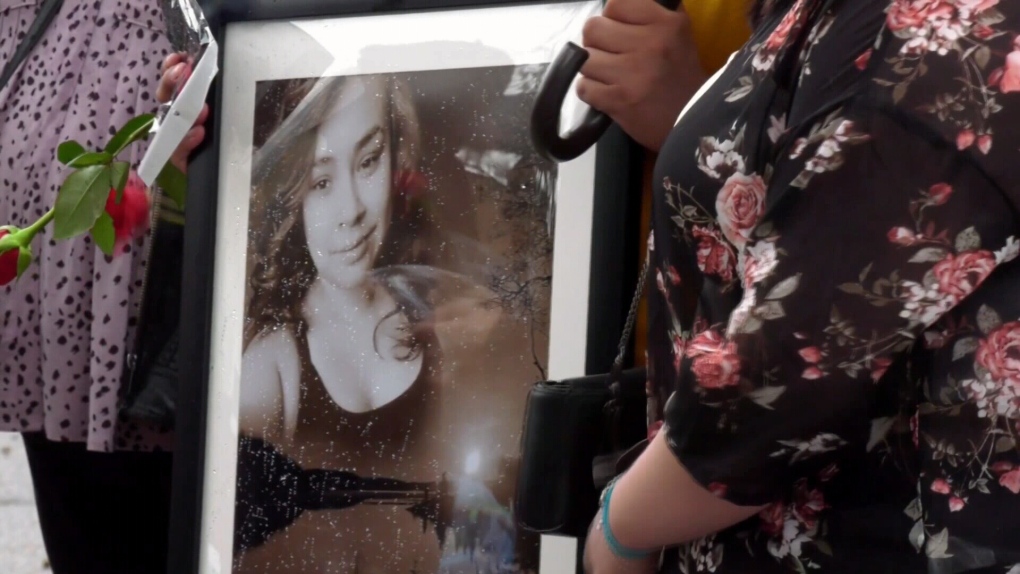 Winnipeg police say 25-year-old Doris Lydia Trout was found dead in the common area of an apartment building in the 400 block of Kennedy Street on May 19.

Police said Trout’s death was determined to be a homicide, the city’s 21st of this year, and the investigation is ongoing.

Loved ones gathered outside the apartment building Wednesday night where Trout was found.

“We bring trauma supports and people to help with overall wellness. If there are people that are in distress or having a hard time, we have team members available to speak with them or even just to be present with them, so people don’t have to feel like they’re there alone,” she said.

She added Trout’s death has many in the community feeling on edge and concerned for their overall safety.

“I know there’s worry and that it’s dangerous to walk around and to kind of go about your day, and it’s not just in certain parts of the city. It’s everywhere,” she said.

MKO Grand Chief Garrison Settee spoke at the ceremony. He said Trout’s death only further highlights the need to for progress towards the Truth and Reconciliation Commission’s calls to action.

“I ask myself, ‘how long must this go on before something is done?’ We need to work with all levels of government to ensure the protection of our women,” he said.

“It seems that the women who die in these circumstances are not valued. But in our culture, we value them as sacred and they’re not disposable.”

Meanwhile, police have released photos of two women considered people of interest in the homicide, and are asking for any information about their travels before and after the incident.

– With files from CTV’s Charles Lefebvre