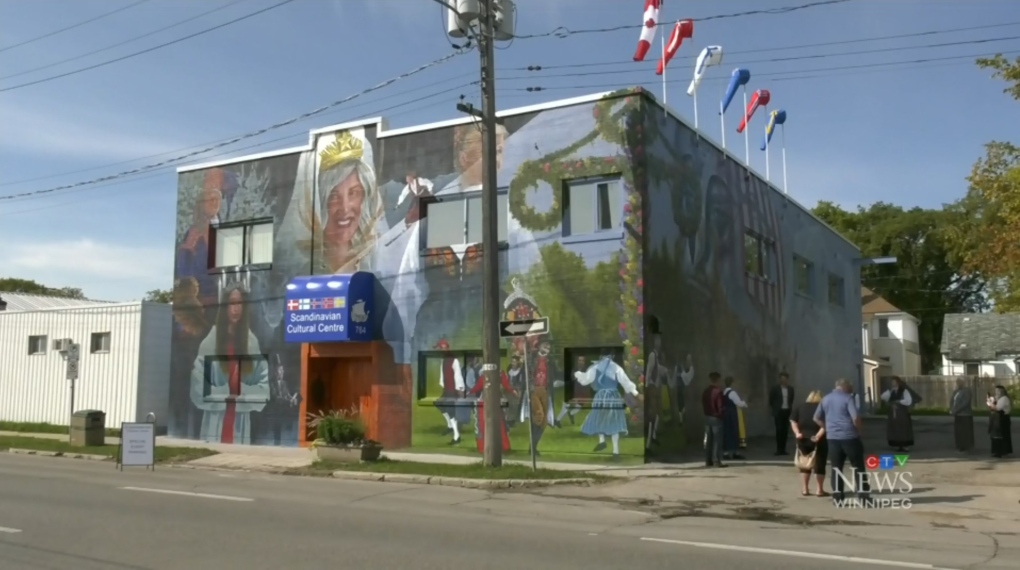 An artist’s mural depicting the ‘Viking Spirit’ of Scandinavian culture has been recognized as the mural of the year in Winnipeg.

The spotlight is on the mural which wraps around the Scandinavian Cultural Centre on Erin Street in Winnipeg. The mural, titled ‘Viking Spirit,’ was voted the mural of the year by 32 independent judges who looked at 43 different outdoor murals from 2021.

“I feel fantastic about it, it is great,” said Charlie Johnston, the artist behind the mural.

Johnston said it was a collaborative effort with the Scandinavian Cultural Centre. The idea behind the mural came from conversations he had with representatives of each of the Scandinavian countries.

“The end result is hopefully a representation of each independent culture, but also the dynamic, the relationship between those countries,” he said.

Bob Buchanan, the founder of Murals of Winnipeg, said Johnston’s mural has helped brighten the commercial area on Erin Street. He said it adds to the hundreds of murals across the city.

“I think that Winnipeg holds its own on the world stage and certainly on Canada’s stage,” he said. “One of the nice things about Winnipeg is Winnipeggers tend to like murals anyway.”

More information about the Murals of Winnipeg can be found online.