WINNIPEG — A man from Kinosota, Man. took inspiration from his job to create a near life-size snow sculpture of his chuckwagon.

Cameron Campbell has been racing chucks for several years. When the pandemic hit, he found himself having a lot more free time since the races were cancelled.

In early February, he decided to take part in a snow sculpture contest his local Manitoba Metis Federation branch was hosting.

“I made a form and filled it up with snow,” said Campbell. “I then I poured about 100 gallons of water over it.”

Inspiration for the wagon came straight from Campbell’s own chuckwagon. 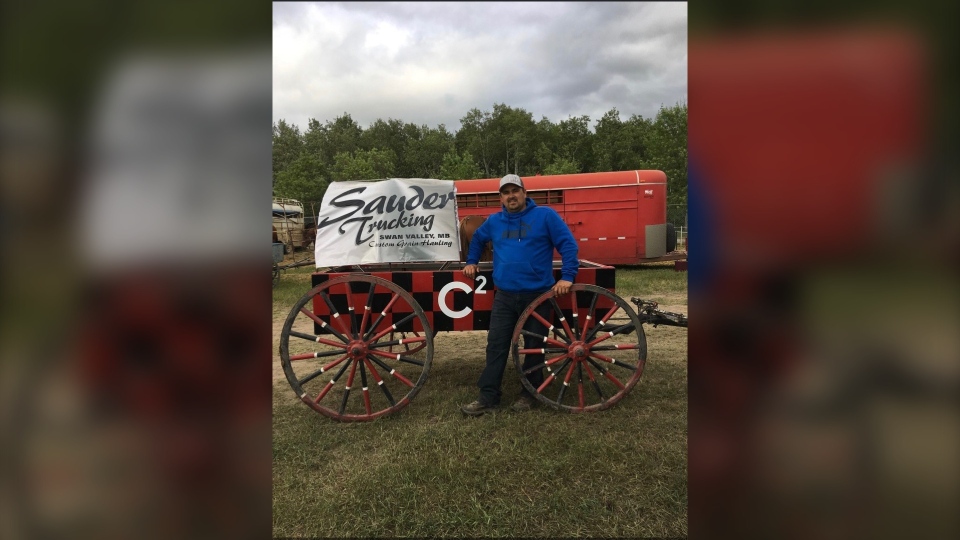 “I race chuckwagons on the Manitoba circuit and I painted it almost the same as my chuck wagon,” he said.

The sculpture contest takes place on Louis Riel Day and has a theme of showing Metis pride. To meet the theme, Campbell painted the Metis infinity symbol and a sash on the wagon’s tarp. 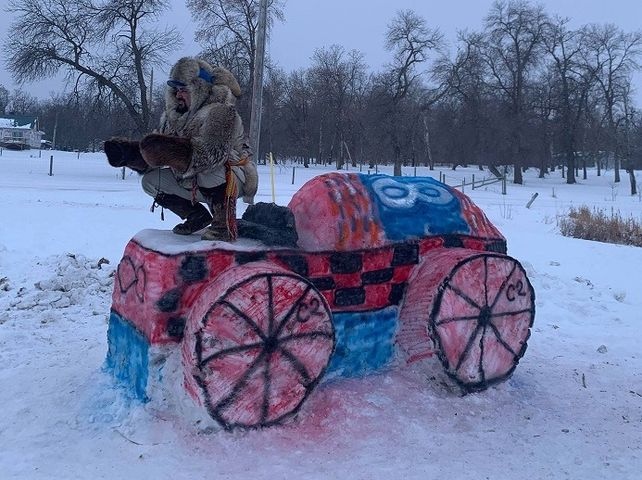 The final sculpture took about two weeks to make.

“You feel like you’ve really accomplished something after,” said Campbell. “I was thinking of making something a little smaller, but you know I put myself to a challenge to make it as huge as I did.”

“They were surprised to see it turn out the way it did. It’s a great family event,” Campbell said.

The almost life-size wagon caught his neighbour’s attention and even sparked some others to create snow sculptures.

“The people going by had big smiles and thought it was awesome too to see it happening,” said Campbell.

Campbell recommends getting outside and building something.

The snow sculpture isn’t his first creative foray during the pandemic. Last summer, Campbell made a wooden chuck wagon when the province first went into lockdown.

“I was looking at different things to try to pass the time, so I made a small statue that’s only about a foot,” he said. 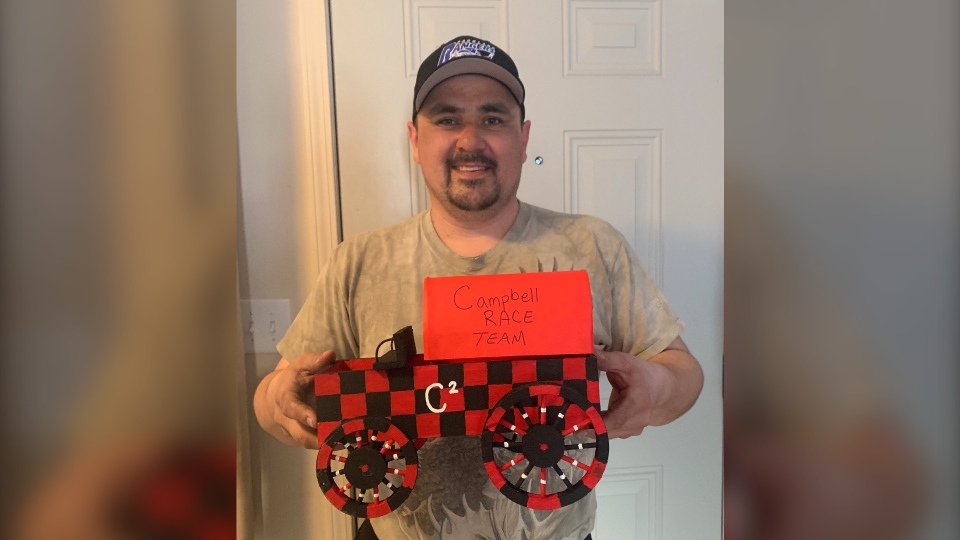