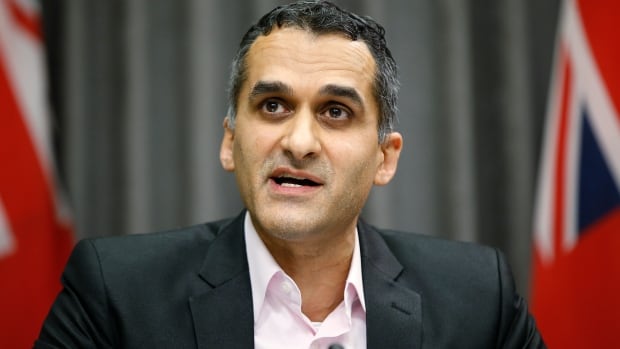 COVID-19 case numbers in Manitoba jumped on Friday after falling steadily over the last several days, as outbreaks in remote First Nation communities pushed the daily case count in the Northern Health Region to its second-highest level since the start of the pandemic.

Another 10 people have died in Manitoba and the number of new COVID-19 cases rose to 350 after staying below 300 every other day this week, Dr. Jazz Atwal announced Friday. The Northern Health region had 89 of those new cases.

Half of the deaths announced Friday are in the Southern Health region, including a man in his 50s connected to the outbreak at the Morris General Hospital, as well a man in his 40s, a news release said Friday.

There have now been 547 deaths in Manitoba due to COVID-19, nearly half of them within the last three weeks.

Six of the deaths announced Friday are connected to outbreaks. In addition to the death at the Morris General Hospital, there were deaths connected to the Kin Place care home in the Interlake-Eastern region, the Gilbert Plains personal care home, Salem Home in Winkler, the Charleswood Care Centre and the Convalescent Home of Winnipeg.

The province’s five-day test positivity rate rose to 13.6 per cent, up from 13 per cent on Thursday, which was the lowest it had been in about a month.

The high northern numbers are partly due to outbreaks in multiple remote First Nations communities, such as Shamattawa and Red Sucker Lake, Atwal said.

Currently, 54 out of 63 Manitoba First Nations have COVID-19 cases. On Thursday, the First Nations Health and Social Secretariat of Manitoba reported there were 1,118 active cases on reserves in the province.

Friday’s briefing happened hours after the provincial government announced it is preparing to receive a second batch of the Pfizer-BioNTech vaccine, opening up appointments for 900 additional health-care workers starting next week.

The first 900 Manitobans to be vaccinated, all health workers, were expected to get their first shots of the two-dose vaccine by Friday.

Daily case counts had begun to trend downward, but hospitals continue to struggle with the number of patients needing care. The province’s critical care system has been running beyond its pre-COVID capacity for weeks.

Hospitalizations fell slightly to 305 on Friday, nine fewer than on Thursday, with 43 patients in intensive care, one more than the previous day.

Provincial data says there are 5,602 active cases in the province, and 22,397 people have tested positive since the start of the pandemic.