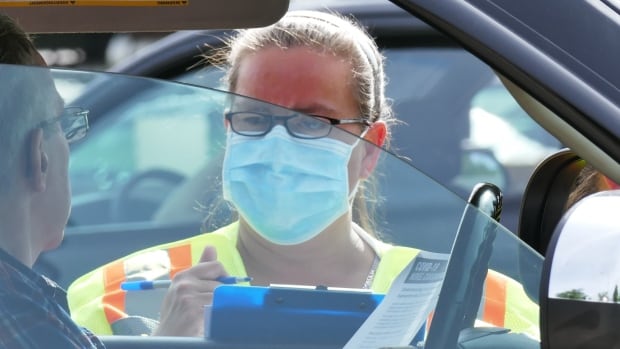 Manitoba is reporting 273 new cases of COVID-19 and two more deaths from the illness on Saturday, a provincial news release says.

Most of the cases announced Saturday were in the Winnipeg health region, which reported 199 new COVID-19 infections. There are also 34 new cases in the Prairie Mountain Health region, 17 in the Northern Health Region, 14 in the Interlake-Eastern health region and nine in Southern Health.

The latest deaths from COVID-19 are two people in their 60s —a man from the Southern Health region, linked to an outbreak at the Emerson Health Centre, and a woman from the Northern Health Region.

The number of more contagious coronavirus variant cases identified in Manitoba shot up by 249 Saturday, bringing the total number to 2,344, according to the province’s online dashboard. Of those, 978 are considered active.

Manitoba’s five-day test positivity rate rose to 7.3 per cent, from 7.2 per cent on Friday. In Winnipeg, that rate went up slightly to 8.3 per cent from 8.2.

There have now been a total of 38,995 COVID-19 cases identified in Manitoba since the start of the pandemic, of which 2,468 are considered active and 35,551 recovered.

There have been 976 deaths from the illness.

Data on hospitalizations wasn’t available on Saturday due to a technical issue. The day before, the province reported 149 people were in hospital with COVID-19, including 39 in intensive care.

A quarter of hospitalizations were linked to variants of concern, the province said Friday, and one in four COVID-19 patients in hospital was a person under the age of 50.

The province also reported Saturday that an outbreak at Lions Prairie Manor Personal Care Home in Portage la Prairie is now over.

Meanwhile, 483,347 vaccine doses have been administered in the province as of Saturday, bringing the rate of Manitobans 18 and older who have received at least one dose to 37.6 per cent.